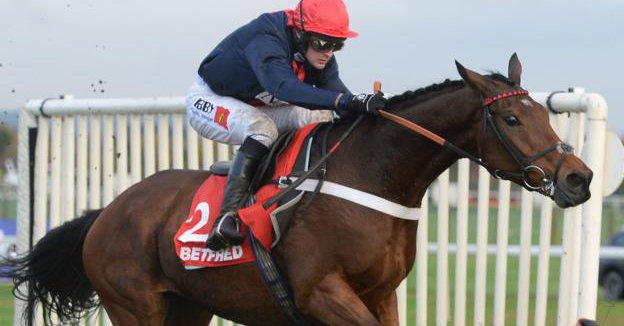 The World Hurdle looks a tricky puzzle to solve this season, even for ante-post standards.

Bookmakers are going 10/1 the field for the three mile hurdle spectacular and almost the first 12 in the betting have questions to answer bordering from being actually good to enough to whether they’ll be targeted at the race: see Artic Fire (10/1) and Annie Power (12/1) as examples.

But what if I said there was a horse lurking at 33/1, who is unbeaten over hurdles, has three Cheltenham Festival wins to his name and has never lost a race when he’s got his head in front?

Surely you should be calling for the men in white coats to come and take me away, yes? Well, put down that phone, because Bobs Worth is his name and he should be backed.

The 10-year-old former Gold Cup hero is a bit of a crossroads in his career at the moment.

With such a high-class three mile chase scene gripping the racing world, his hopes of landing a Grade One, or possibly even a Grade Two, are slim to none.

As shown by his lazy effort in the Hennessy Gold Cup on Saturday, Bobs Worth no longer has the speed over the bigger obstacles to pitch up with the slick jumpers at the top table of jump racing. However, what he did show on Saturday was that his aptitude and desire for the game remains. 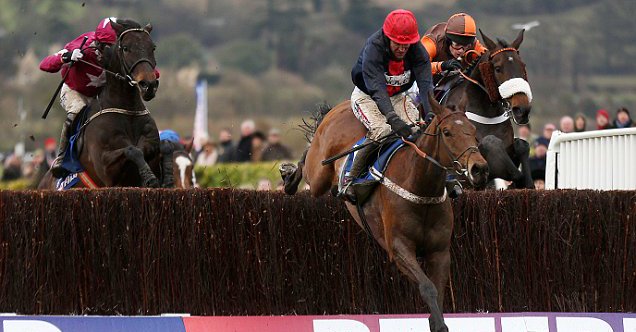 Nicky Henderson’s gutsy warrior plugged on from nearly being tailed off at one stage to finish a staying on sixth – it could be argued his handicap mark is a workable one over fences, but surely a switch back to hurdles is the logical option.

As with most of the top trainers, Henderson defines the success of a season on how many big winners he has at the Cheltenham Festival. At this stage, he doesn’t have a clear standout candidate for a crack at the World Hurdle.

Some will argue Whisper, who is a 14/1 shot, fits that bill, but despite being a Coral Cup winner there has be question marks about his true staying ability over three miles. He stopped very quickly to finish fifth in a pretty weak edition of the World Hurdle last season behind Cole Harden and shapes like flat tracks like Aintree are more up his street. Whisper could be saved for Aintree.

Staying is the name of the game in this three-mile slugfest of a race and Bobs Worth has been there and done it up that Cheltenham hill, winning the Albert Bartlett, RSA Chase and Gold Cup. It would be fanciful to declare the horse is still racing with that same ability, but he might not need to be the old Bobs Worth to be a major player in this open looking renewal.

The reason for the inflated price is the fact Henderson has yet to commit him to a discipline. However, the signs are very positive that he will be switched back to the hurdling game, which makes the 33/1 quotes rather generous.

Part-owner Malcolm Kimmins said after the Hennessy: “Hurdling is definitely an option and I know it’s something Nicky is quite enthusiastic about.”

The plan is obviously not set in stone and there is a chance we may not get a run for our money, but we’re not dealing with a 7/4 poke here. Bobs Worth is 33/1. The risk is worth taking due to the strength of the horse’s make-up for the race. What if he wins his next hurdle race? It will be a case of bye, bye 33/1, hello 12/1. You can guarantee that if Bobs Worth lines up for the World Hurdle in March, he’ll be shorter than 16/1 due to his course record and stable strength.

Act now before it’s too late.