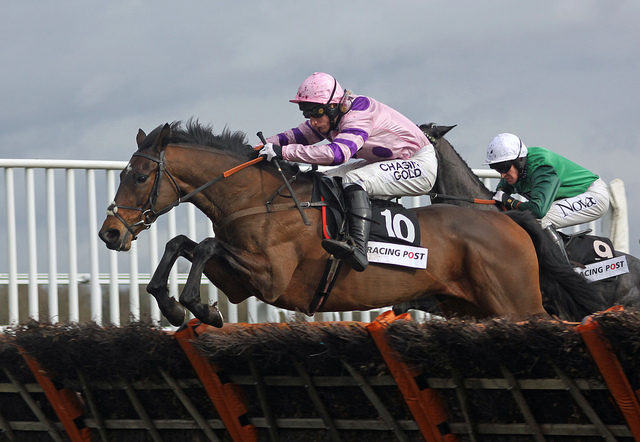 Zarkandar (Odds 9/2): Looks the Paul Nicholls first string ahead of Saphir Du Rheu and the confidence from the stable has been very strong. This quirky customer is frighteningly talented but really should have won more than one race at Cheltenham Festival.

That came when as a four-year-old in the Triumph Hurdle and he’s not been quite good enough since in two Champion Hurdles and last year’s World Hurdle.

Plus, he has yet to win over three miles in the UK despite running a fine race in defeat behind the ever-so-game Reve De Sivola in the Long Walk Hurdle.

Saphir Du Rheu (Odds 9/2): Owned by the same connections that sent Big Buck’s to five World Hurdle crowns, this chap has a lot in common with the legendary stayer.

Much like Big Buck’s he started the season as one of Paul Nicholls’ top novice chase hopes but took a whopping fall at Kempton and has been sent back to the hurdles game with promising results.

He outstayed Reve De Sivola and Un Temps Pour Tout in the Cleeve Hurdle in a race that should work out well as it was run at a ferocious gallop on soft ground.

Lieutenant Colonel (Odds 10/1): Comes into the race with back-to-back Grade Ones to his name from Ireland with wins in the Hatton Grace at Fairyhouse and then the Christmas Hurdle at Leopardstown, where both teams he beat Jetson from the Jessica Harrington stable.

Has been to Cheltenham once before but spent the race staring at the backside of Faugheen in the Neptune Novices Hurdle last season.

Un Temps Pour Tout (Odds 10/1): This horse cost his connections £450,000 at the sales and he’s started to go a little way to repaying some of that cash.

Always regarded as a long term prospect, he looked well capable of winning a World Hurdle when finishing behind Saphir De Rheu in the Cleeve Hurdle.

He’s improved from every run and trainer David Pipe is expecting big things in the next 12 months.

Whisper (Odds 12/1): Last year’s winner of the Coral Cup and a Grade One at Aintree has only been seen once this season and that came over fences when beaten by Ceaser Milan after a terrible round of jumping.

The Nicky Henderson trained charge is the second highest rated horse in the race with only Saphir Du Rheu achieving more in his career to date.

This is a dog of a betting race and looks ripe for a bit of an upset. Saphir Du Rheu heading the market sums that up. He’s a wonderful horse but hardly merits being favourite for a World Hurdle.

Zarkandar simply just isn’t good enough to win a Grade One around Cheltenham this days – his race would be a 2m5f hurdle that doesn’t exists as yet at Prestbury Park. My small fancy is for Whipser at a big each way price.

He has course winning form in the book and should be staying on at the finish when others around him are wilting.