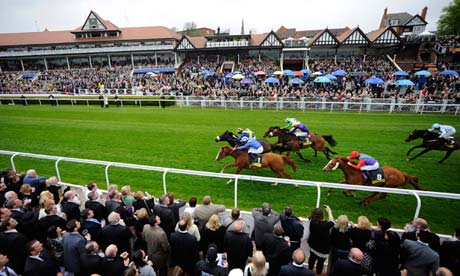 Tipster Lewis Jones is on track at Chester today for the first day of their May meeting has sent over his selections on a day that includes the Chester Cup and a significant trial for the Oaks….

Oh yes. This is what it’s all about: top-class racing from Chester as we gather clues for Epsom and Royal Ascot later in the summer. I’ll be in attendance in the north-west today, so if you see a drunken state roaring home Ballista from the County Stand in the Stellar Group Handicap, send me a Tweet to let me know my face is now famous.

Ballista is without doubt my best bet of the day. Only one horse drawn higher than eight has made the top three in this sprint handicap in the last 14 years as the race is usually dominated by a speedy customer who has the staying power to last home over the five furlong distance.

Tom Dascombe’s speedball is an animal to take seriously around Chester and there are fewer better suited to way a race like this is run than Ballista. The six-year-old won the conditions stakes off top-weight over the course and distance last season in an impressive time and judging by his recent runs, comes into this handicap pretty much in the same kind of form.

He hasn’t won since landing a conditions stakes at Wolverhampton but ran a very encouraging race in a hot sprint at Lingfield from the front.

He’s more suited to a test of this nature and should have the guns from the gates to get a run early on over Caspian Prince and Go Nani Go, who should pester him for the lead. Take the 7/1 on offer from Paddy Power with four point each-way stakes.

The Chester Cup is the day’s feature but try as I might, it rendered impossible to find a confident selection. One thing to contemplate though is that there seems a lack of early pace on from the inside stalls so a horse drawn wide may just be able to get across from a seemingly bad stall.

Small stakes are advised on the chances of Bright Approach to see off the threat of the Aidan O’Brien filly in the Cheshire Oaks at 2:15.

Terrific seemed flattered by her run behind stablemate Dazzling last time out at Naas and O’Brien may struggle to unearth a supremely talented filly this year from an average crop. Bright Approach landed her maiden in very impressive style for John Gosden, quickening twice when asked, and should take all the beating at 9/4. Get on with two point win stakes.