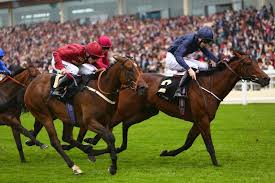 The sun is shining and there’s racing from Newmarket and Cheltenham. Heaven. Lewis Jones is betting at the Rowley Mile today and has sent over a 25/1 to have small stakes on in the each-way market….

The fact that the market in the Nell Gwynn Stakes is currently betting at 7/2 the field give you an impression just how open this year’s renewal is. In fact, I’d go a little further than that and suggest the entire division for the 1000 Guineas has yet to really take shape. It’s very possible that one of 10-15 horses hold realistic claims of winning the fillies Classic next month.

This year’s Nell Gwynn Stakes is crying out for a horse to come out and stamp her authority on the mile division but having looked in depth through the field, it’s doubtful whether that will occur.

This looks a very trappy race but one which probably does have some value lurking in the each-way market. In tight races over the seven furlongs at Newmarket on quick ground, I’m a big fan of siding with the early pace merchants in the race. Despite the undulations, the Rowley Mile isn’t the most stamina sapping track on the circuit and horses that get a soft lead are dangerous to peg back.

So where is the pace in this race coming from? In my eyes it should come from the David Brown-trained Wind Fire, who is my each-way bet of the day.

Let’s get this straight, this filly is by no means a superstar, but she is very likely to lead in what could be a very tactical race and is far too big at 25/1 with BetVictor.

She was kept very busy as a two-year-old, picking up two wins from seven runs, including when landing the St Hugh’s Stakes at Newbury over five furlongs.

Every time she popped up at a racecourse she ran a solid race, none more so when third in the Lowther Stakes behind Lucky Kristale. Brown’s filly showed a great tenaciousness that day from the front and that speed showed stand her in good stead today on quick conditions on the Rowley Mile.

Get on the 25/1 with one point each-way stakes.