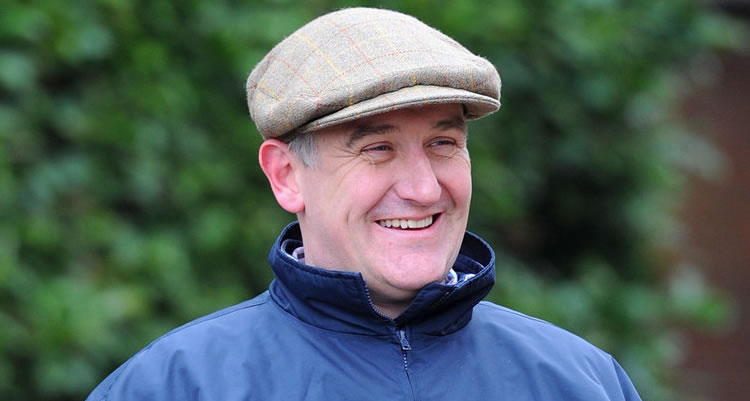 There are two rules punters should adhere to when it comes to backing Donald McCain runners: give them huge respect when they rock up at either Aintree or Bangor.

Well, today McCain sends four horses to Bangor and all of them are well worth backing in a lucrative Lucky 15.

The trainer has a 20 per cent strike-rate at Bangor in the last five seasons and that figure improves significantly to 28 per cent when Jason Maguire is in the saddle and the stable jockey is in the saddle for all four of their chances, which bodes very well.

The 5/1 shot makes his chasing debut after some moderate runs in novice hurdles but looking back at his videos, he looks a horse who should take to a fence pretty well.

He would only have to have a small tinge of ability of to win this poor event and off a mark of 95 the nine-year-old is well worth following.

He has racked up two impressive second place finishes behind Blakemount and Racing Pulse and also squeezed in an easy 19-length romp in a Sedgefield novice hurdle.

He looks attractively handicapped and capable of far better and looks well worth following at 13/8.

The third McCain winner of the day hopefully will come from the hooves of Hellorboston, who is another Irish point winner with plenty of scope to improve further.

Although being a maiden, he has some decent form in the book for a race of this nature and looks the one to beat in the bangorBET Handicap Hurdle at 4:30.

His effort behind Chavoy in desperate ground at Ayr last time out was a very good effort as he pulled miles clear of the third in what should be a strong race. The 2/1 on offer should be snapped up with confidence.

The final leg of McCain multiple should be delivered by Fearless Tunes in the lucky last at a juicy 9/2.

His breeding suggests he should make into a nice National Hunt type and he didn’t do much wrong in a point-to-point when finishing second behind The Last Samurai, who has since won three novice hurdles for the McCain yard.