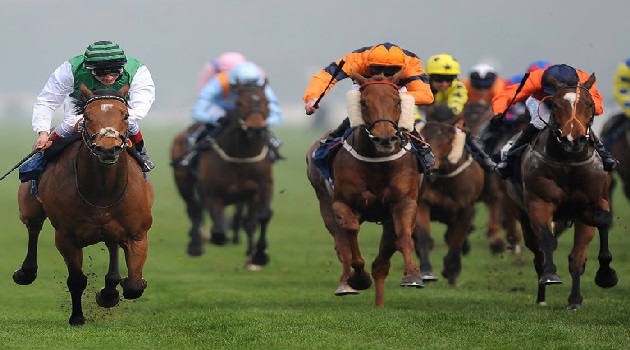 No luck yesterday for Lewis Jones but it wasn’t really a surprise considering the stake size he advised and the state of the weather. He’s back on the horse today and is on a value hunt. Let’s see what he’s got in store….

Just scanning through today’s cards you get the feeling that trainer Mark Johnston could be plotting some winners all around the country. He’s got seven runners spread across Catterick and Carlisle and you could make a case for five or even six of those to hit the frame.

The one I like at the prices is Henry The Aviator in the Watch RacingUK Sky 432 Handicap at Carlisle (4:00). Johnston’s charge is now back down to the same mark as when he won a handicap at Pontefract almost a year ago and there signs last time out that he is about to return to form.

The four-year-old travelled well and looked the most likely winner with two furlongs to run at Leicester last time out but just got outclassed by Maverick and Postscript, both of whom are decent yardsticks for this kind of grade.

That should have given him plenty of confidence and he looks a decent bet around the 3/1 mark. Get on with a one point win stake.

Meanwhile, there’s good news for Totescoop6 players as the bet organiser Betfred is looking to implement a radical makeover of the bet to make more millionaires.

The number of pools is being increased from three to four with the introduction of a new starting fund that will automatically transfer when the win fund is landed, ensuring that punters, for whom the minimum stake remains £2, have a rollover to play for every week.

The move comes as the bet’s organiser Betfred aim to capitalise on this year’s renaissance of the Scoop6 which in May delivered on its promise to create the biggest payout in British betting history when eight ticket holders secured a share of £10,740,797 before Bernard Marantelli and two big-staking punters went on to land the record-breaking £5,481,763 bonus the following weekend.

“The addition of a starting fund will mean there will always be a rollover for customers to aim at, regardless of whether the win fund is won the week before. We think this addition will prove popular with players as they will be able to look forward to big-money rollovers every Saturday.”