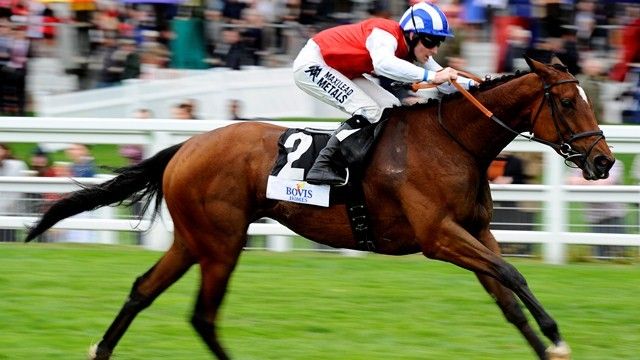 Although her form figures suggest otherwise, Gifted Girl is a big player in the EBF Stallions Upavon Fillies´ Stakes (Listed Race) at Salisbury despite going up against some potentially smart young fillies.

She hasn’t had the right conditions to be seen at her best this season but back at a tighter track like Salisbury on ground that should suit, she has to be of interest around the 14/1 mark with each-way stakes.

Watch the Racing and Pick up £200 in free bets along the way:

Last season this horse chased home Thistle Bird at Ascot and Dank in the Arlington Million, so she has the ability to be competing fully at Listed level in the UK. Her last run was a step in the right direction on ground that wouldn’t have suited when she finished four lengths behind Euro Charline.

That form is amongst the best on offer here and I would be expecting her to improve on that.

It was hard to feel very disappointed by the way Vodka Wells ran at Carlisle yesterday, everything looked set for him to break his maiden tag on the flat but he ran like a horse with a lacklustre attitude, which probably explains why he’s yet to win outside the National Hunt game.

Meanwhile, the big racing news on everyone lips has been the fact that Telescope has been confirmed to take on dual Derby winner Australia in the Group One Juddmonte International Stakes at York next Wednesday.

Telescope, who won the Hardwicke Stakes at Royal Ascot before finishing second in the King Geroge behind the impressive Tagroodha, has not won over a distance shorter than a mile and a half for over a year

Speaking to the Racing Post, the horse’s trainer Sir Michael Stoute said: “Telescope is in good shape and we are hoping to run him at York.”

The Royal Ascot winner has been introduced into the market as 4-1 second favourite by Paddy Power behind their 4-7 market leader Australia, who has been the season’s success story over 1m4f after romping home in the Derby and then winning the Irish version on the bridle.

He has yet to be tested against the older generation though, so good on Stoute for letting Telescope take his chance.