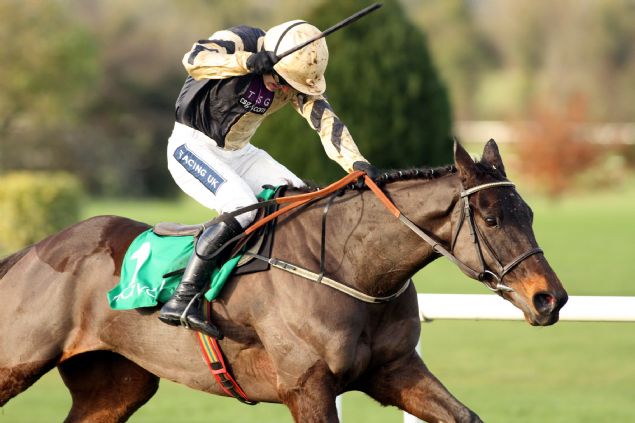 Tipster Lewis Jones has studied the form from Ascot, Southwell and Punchestown today and has one selection from each track. Good luck if following….

What a mess yesterday was. My selection Somersby played up in the paddock, nearly refused to race and never jumped a fence with his usual fluency. It says a lot for the standard of race that he still managed to finish fifth despite him being well-below par. The horse he beat comfortably at Cheltenham, Sizing Europe routed them despite his ageing limbs. It was one of those days.

Anyway, we mustn’t let it affect us. Today is another today, and boy what a day of racing we have in store. There’s something for everyone: top-class action on the flat from Ascot, the Gold Cup over jumps from Punchestown and some funky Fibresand action from Southwell (OK, just me on that last one).

I’ve got a tip from each of those meetings today. All small stakes.

It’s hard not to like the each-way chances of Baltic Knight in the bet365 Paradise Stakes at Ascot. The 7/1 looks fair value for a horse who in my opinion has been crying out for a mile on soft ground. Richard Hughes is in the plate and he can push the favourite French Navy very close. Get on with one point each-way stakes.

At Southwell, Royal Holiday is worth a small play to upset odds-on favourite Midaz in the Quicksilverslots More Jackpots More Machines Handicap (1:50). The market leader doesn’t look like a horse suited to the Fibresand while Royal Holiday loves the surface and is a game old customer when getting things his own way up front. Take the 4/1 with a one point win stake.

There is no way I can let Boston Bob go unbacked in the Punchestown Gold Cup at 5:30 either. Although he’s far from guaranteed to run his race or get the race to run to suit, he’s the most talented horse in the race and regular readers of this column will know my feelings about him. He’s a Gold Cup winner in waiting but has had his fair share of confidence and injury problems.

He done us a nice turn winning a horrendously weak Melling Chase at Aintree a few weeks back but he landed that contest so easily, he should be able to find the improvement to run his race once again. Ruby Walsh has chosen the ride the selection over On His Own and that could be a tip in itself.

Boston Bob’s profile is far too inconsistent to go mad in terms of stake size, but at 11/4 he’s worth a one point win.