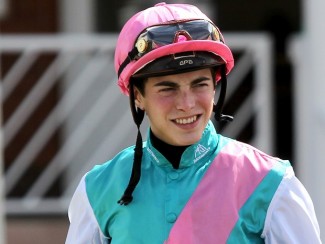 No luck for Lewis Jones yesterday at Bath but he’s confident he can get back into the winners enclosure again soon, starting today with a juicy priced each-way poke at Lingfield…

Our selection bumped into a very nice type yesterday at Bath and whose performance was one to take note of for future races. Jacob’s Pillow had the form to go very close in what looked a two horse race at Bath yesterday but the money came for his rival Speed Hawk, who didn’t disappoint for Robert Cowell.

My thinking was that the race had come too soon for the Cowell sprinter after running at Ascot on Saturday but he was still good enough to see off Jacob’s Pillow under a cool ride by George Baker.

Cowell seems to hold this three-year-old in pretty high regard and it wouldn’t be a surprise to see him continue to progress up the sprinting ladder. Goodwood will probably be his next target and off a revised mark he’ll be of interest there considering his profile and the way he dispatched Jacob’s Pillow with a strong travelling display from the front.

Moving on, and we’re hopeful of getting that winning feeling back today at Kempton by following the chances of Lead A Merry Dance in the PMSG 50th Anniversary Handicap.

Most of the highlights of the flat season, punting-wise, for me has been the success of James Doyle in the saddle. He’s landed some big wins for me, including the second part of a tasty double at Epsom aboard Abseil and when Kingman romped clear in the St James’s Palace Stakes at Royal Ascot.

Hopefully, I’ll be roaring “g’wan the Doyler” when he scorches clear on the selection this afternoon.

Doyle has a sensational record when riding for trainer Sylvester Kirk, pulling in a 4-13 strike rate with horses that started less than 8/1 and four of those losers finished runners-up. It seems whenever Kirk has a fancied runner, he turns to Doyle for the ride.

The filly has shaped with promise on her last two starts in maidens and looks a type to potentially make into a much better horse than her current mark of 64 suggests.

She would have finished closer to the decent Sunrise Star if she was ridden with more enthusiasm and then finished further down the field than she deserved when given an easy time of things once beaten at Salisbury.

At 9/2 she is worth following with two point each-way stakes.