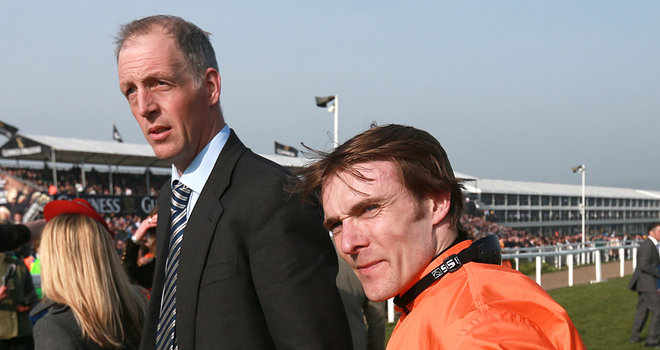 In a bid to trigger a return to form, Lewis Jones has switched his attention back to the jumps today and he’s following a yard in red-hot mood…

When a tipster finds himself in a bit of a slump of form, it’s easy for one to panic and over complicate his strategy. Trying too hard can be a hindrance than a help sometimes.

Stripping things back to basics is usually the best form of attack and that’s what I’m doing today in order to snap this losing run that is starting to get to me pretty badly.

I’m in this game to make people a few quid and bring smiles to faces, so to see hard working people taking my advice with no return does hurt. I back everything I recommend, so I feel everyone’s pain at the minute. We’ll hit form again soon and the bookies will be destroyed.

The form of David Pipe and Tom Scudamore has got my attention today. The pair are working at an incredible strike-rate for a yard that usually is easing down for the summer at this stage of the season.

Pipe is working at a massive 41% strike rate for May with his stable jockey being in the plate for the last nine winners. They team up with the very talented and now well-handicapped Dan Breen in the At The Races Sky 415 Handicap Hurdle at Newton Abbot (3:10) and he looks primed for a huge run around the 4/1 mark with Bet365.

The nine-year-old hasn’t won for nearly three years but rarely does he get the opportunity to race on ground as quick as it will be at Newton Abbot today. He flies off very firm ground and has a good record around left-handed courses.

Formerly rated 138 over hurdles, Dan Breen has always looked a horse that could thrive in the summer and it wouldn’t be a huge surprise to see his mark being much higher than 128 when summer comes to a close.

This current mark looks very workable judging by his recent effort at Plumpton, where he ran his best race for around two years suggesting a return to the winners enclosure isn’t too far away. He ran a great race to finish third behind Fergal from the front and ran all the way to the line. Improvement is expected on this type of ground today at a track where he is 2-2 after wins on quick ground at the start of his career.

Get on with three point win stakes. It’s a real juicy price this one: should go off a lot shorter.