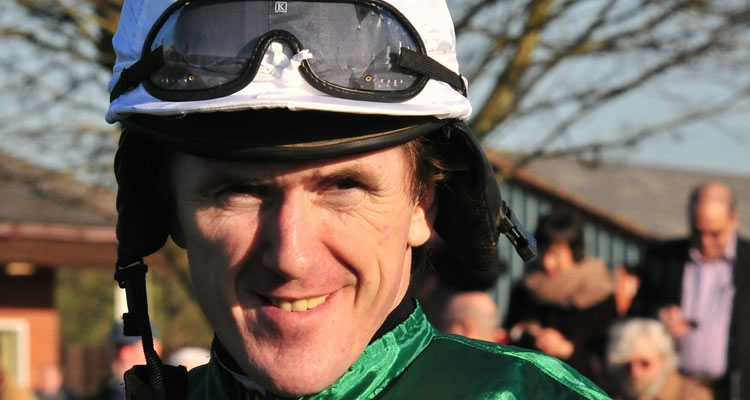 Lewis Jones has dusted himself down following the Cheltenham Festival and has been knee-deep in the form book in the hunt for some value today at Haydock. He’s putting his faith in the champion jockey to get him on the winners trial…..

AP McCoy is back in action at Haydock today after taking a few days off following the Cheltenham Festival and knowing the way in which the champ works, he’ll be working extra hard to find a winner today.

It was and up and down Festival for the legendary jockey, but mostly down. He was clearly struggling throughout the week with multiple wear and tear injuries but he still managed to send Taquin Du Sueil to victory in the JLT and was unfortunate to get beat by a length or less with My Tent Or Yours in the Champion Hurdle and on Get Me Out Of Here in the Coral Cup.

McCoy has four very decent rides at Haydock today but the best of bunch looks to be on the Brian Ellison-trained Presented in the opening 32Red Casino Handicap Chase (The Jockey Club Grassroots Jumps Series Qualifier) at 2:10.

The seven-year-old has form figures of 21216 since joining Ellison from Graeme McPherson’s yard in October, climbing from a BHA mark of just 95 to 111. However, he remains fairly treated judged on his sixth in a hot running of the Eider Chase at Newcastle last time.

The Ellison-trained animal has benefitted from the switch to his yard from Graeme McPherson’s stable in October and has won twice and finished runner up twice in just five starts, rocketing his official mark from 95 up to 111. Looking at his performances, there could still be more to come of this kind of mark, especially with the genius booked for the ride.

His latest sixth in the Eider Chase at Newcastle can boosted from a form perspective as he was running 8lbs out of the handicap that day and jumped in great style in behind the leaders. Back down to his normal mark of 111, that performance at Newcastle certainly bodes well for his chances back down in grade today.

The ground is quickening up to his favour and his opposition look very limited too. The seven-year-old is available to back at 11/4 and that looks a very fair price for a horse of his progressive profile. Get on a rejuvenated McCoy to send him to victory with a two points win stake.