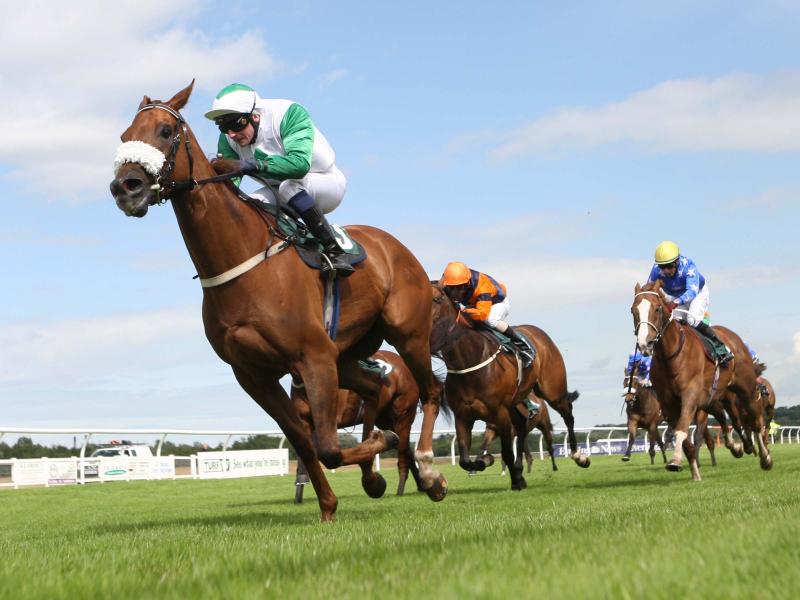 Winner, winner, chicken dinner! Lewis Jones was bang on the money with his theory behind the chances of Perfect Muse at Newbury, who duly went and dotted up under a cool ride by Adam Kirby. Lewis has found a selection at Carlisle today, which he is backing each-way…

I love it when a plan comes together. Adam Kirby’s change of tactics on the supposedly ungenuine Perfect Muse worked a treat for us at Newbury yesterday as the 11/4 scooted clear in the style of a decent filly that is still ahead of the handicapper.

There had been suggestions that she may not lack the fight in a finish to win races but it was more a case of learning how to ride her to maximise her turn of foot which was to blame for four second placed finishes. Lovely stuff.

Moving onto today, and I’m hopeful we can continue the momentum gained yesterday by backing Eltheeb in the totepool Cumberland Plate around the 6/1 mark.

This race isn’t for the feint hearted with 17 runners lining up in this supposedly tricky handicap but things may just be simpler to work out than on first viewing.

Eltheeb looks the one to beat. Phillip Kirby’s charge should relish the quick conditions at Carlisle and is on a mark which makes him very appealing even in a race of this competitiveness.

Many will have disregarded him purely on the fact he hasn’t won a race since 2011, but there is much more to this strong travelling sort than a long losing run.

He ran seventh in the race last year off a 7lb higher mark when given a shocker of a ride. It was clear all day long that the far rail was at a disadvantage at Carlisle but still Daniel Tudhope decided to make his effort on that side of the track whilst the middle had the advantage. He finishing position can be upgraded.

There he showed his ability to race powerfully off a strong pace in a race of this nature and his finishing positions of third and sixth over this course and distance in similar races certainly suggests he thrives in the surroundings.

His two runs this season have seen him finish last on on soft ground and run a much better race at York last time out. That proved his still got ability off this mark and he can go close at 6/1. Get on with two points each-way.