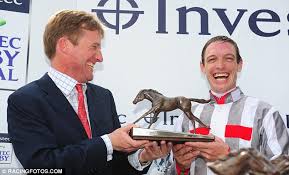 Ralph Beckett’s three-year-old fillies are always worth a second look at this time of the year as he is a bit of a master at handling the ladies at this stage of their careers. Beckett, despite only having a small yard, has trained two Oaks winners in the last six years.

Firstly with Look Here in 2008 before sending Talent to land last year’s renewal in what was a Beckett 1-2 with stablemate Secret Gesture back in second.

When he thinks he has a good one, he almost always sends them to Kempton for a spin on the all-weather and his strike rate is very appealing.

He is working at a 27% strike rate with three-year-olds at the track over the last six years, which makes Labise very interesting today on her second start for the stable in the BetBright Mobile Maiden Fillies´ Stakes at 7:55.

The half-sister to four winners, who is bred to really appreciate a trip, made a very encouraging debut at the track in February over seven furlongs.

Very strong in the market, she travelled like the best horse in the race before hitting the front plenty soon enough before running around like the experience filly she is.

Under Jim Crowley she weakened to finish third behind Khatiba but did run all the way to the line with a good attitude and the form is working out rather well which gives her chances a nice boost today.

Khatiba ran well to finish second on her handicap debut while the runner-up and the fourth placed horse both winning since. That race was certainly one of the strongest maidens we’ve seen so far this season.

Her draw today isn’t ideal for a filly of her inexperience in stall 11 but she has the right man on board again in Crowley, who is a bit of a master at tactics in the saddle.

Her biggest threat probably comes from Betty Bere, who has been punted very strongly in from 12/1 to near favouritism this morning but she has yet to taste the experience of a racecourse while the selection should be more streetwise today.

Get on the 3/1 with two point win stakes.