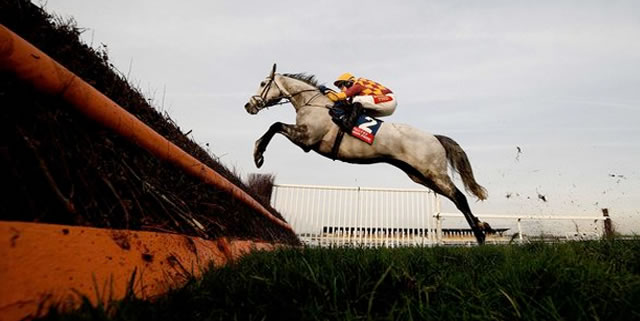 Bit of a treat for punters today; there’s a pretty tasty card at Doncaster. There are seven races to get stuck into and Lewis Jones offers his advice on how to approach the day from a betting perspective…

We’ve been waiting with hot anticipation for the progressive Victor Hewgo to reappear following his mightily impressive win at Doncaster at the end of January.

Well, today is the day and there is no reason not to steam into to 11/4 on Keith Reveley’s horse’s chances in the Betdaq No Premium Charge Novices´ Chase.

When the mud is flying and the trip is on the marathon side, the selection is a brilliant betting prospect, especially in this race, where the market leader Holywell looks very vulnerable.

Victor Hewgo was sublime last time out at Doncaster, jumping brilliantly to absolutely batter Dreamy George by an easy six lengths over course and distance.

That performance didn’t come as a shock to us as he had shown plenty when the conditions were in his favour in his previous runs.

Firstly, showing a real aptitude for a slog when winning a handicap hurdle off a mark 103 at Uttoxeter before backing that run up with another great effort at Doncaster when he came through some trouble in running to win going away at the line off a mark of 118.

Running over an extended two miles in his next race, which is at least half a mile on the sharp side for a horse of this staying power, Reveley’s charge jumped effortlessly and ran a huge race to finish just a quarter of a length behind David Pipe’s Western Warhorse.

If he’s in the same form today and continues his progression, then in our eyes he’s the one to beat.

Despite finally breaking his maiden tag last time out Holywell still didn’t convince as a top-class novice chaser. Jonjo O’Neill’s horse, who is a weak 11/10 favourite today, is a sketchy jumper and lacks the scope of the selection.

We’re confident of Victor Hewgo putting in another bold showing and maximum stakes (5pts) are advised on his chances.