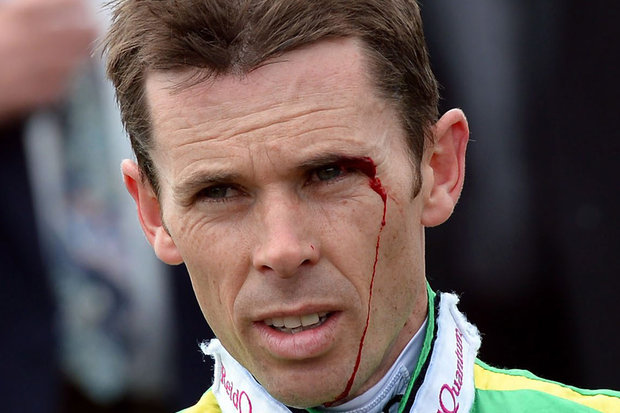 Musselburgh is the meeting of Lewis Jones’ choice today on what is a dismal day of action across the country. He’s found a bet that hopefully will bring forward some profit for his followers in the sunshine…

This is real low level stuff today and I was tempted to sit this one out, however, the chances of Testa Rossa in the Arthur McKay Handicap (2:40) are worth following with a few quid.

He won last time out with Graham Lee on board and found his full stride on the inside 1f out and gained a first win for the yard, doubling his career tally in the process. It was a well-judged ride by his in-form jockey and he looked suited by the quick ground. It will be a surprise if he doesn’t go in again today.

Meanwhile, now’s probably a good time to look back on Tiggy Wiggy’s incredible performance in the Super Sprint on Saturday as Richard Hannon has come out and said she probably will go and take on the older horses in the Prix de l’Abbaye at Longchamp on Arc day later this season.

We haven’t seen a two-year-old with this much speed for a while and the way she romped away with supposedly a competitive sprint race was hugely impressive.

The Nunthorpe at York next month was on everyone’s lips, posting the highest Racing Post Rating by a two-year-old over 5f since 1992 in the process, not least because Hannon Snr took both the Super Sprint and Nunthorpe with another filly, Lyric Fantasy, in 1992.

There are parallels to be made between those two horses but Hannon isn’t sure he wants to pitch her in against her elders just yet.

“It gets better every time I see it and it would be exciting taking on the older horses, but we might wait until the Prix de l’Abbaye at Longchamp on Arc day,” said trainer Richard Hannon jnr.

Quoted on his website, he added: “They tell me that no two-year-old has won that race since Sigy in 1978, but Tiggy Wiggy enjoys a bit of cut in the ground and she would be more likely to get it there than at York.

“That said, we have not ruled out the Ebor meeting and, even if we swerved the Nunthorpe, there is always the Lowther against her own age group.”

Wherever she ends up, she’s bound to be popular with punters as we could be looking at the next new sprinting superstar if she continues to improve in the manner that she keeps showing.