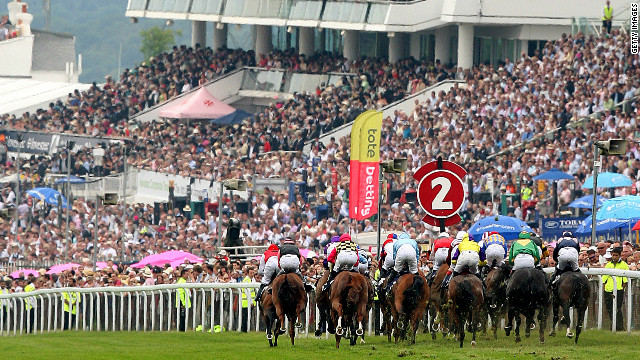 Ante-post markets are rarely of interest to me but when there is a weak favourite heading the betting, I’m entitled to have a dabble as there is value lurking somewhere.

Australia shot to the top of the Derby betting after Saturday’s 2000 Guineas as he seemingly run the perfect trial for Epsom, finishing a staying on third despite being disadvantaged by racing away from where the action was happening on the far rail.

Within seconds of crossing the line, punters were striking their cash down on the Aidan O’Brien runner for the Classic as bookmakers cut him into around 7/4. This in my view is a ridiculously short price for a horse O’Brien has never really banged the drum about over 1m4f and doesn’t strike as one that will handle the contours of Epsom that well.

With so much strength in depth this season in the three-year-old division and O’Brien seemingly not having a vintage crop, I’m looking elsewhere for value.

True Story is rightly second favourite after hacking up at Newmarket a couple of weeks ago at 6/1 while the price looks about right for Western Hymn (12/1) and Guineas eighth Kingston Hill (14/1). The betting is likely to be shaken up over the next few weeks with many trials scheduled around Britain and Ireland, and the horse I think could be a bit of a springer is the Richard Hannon-trained Bunker.

The Hannon’s, who won the 2000 Guineas with Night Of Thunder, have always held this horse in the highest regard in terms of a potential Derby winner. He backed that impression up on the racecourse too last season, suffering just a sole defeat to the classy Berkshire before landing a Listed event in France in game fashion in front of a subsequent Group One winner.

Entered up in the Dante Stakes at York in a few weeks, the selection will take on True Story and Western Hymn and a solid showing there will collapse his price for Epsom. The 25/1 has plenty of scope about it from an each-way perspective. Get on with one point each-way stakes.