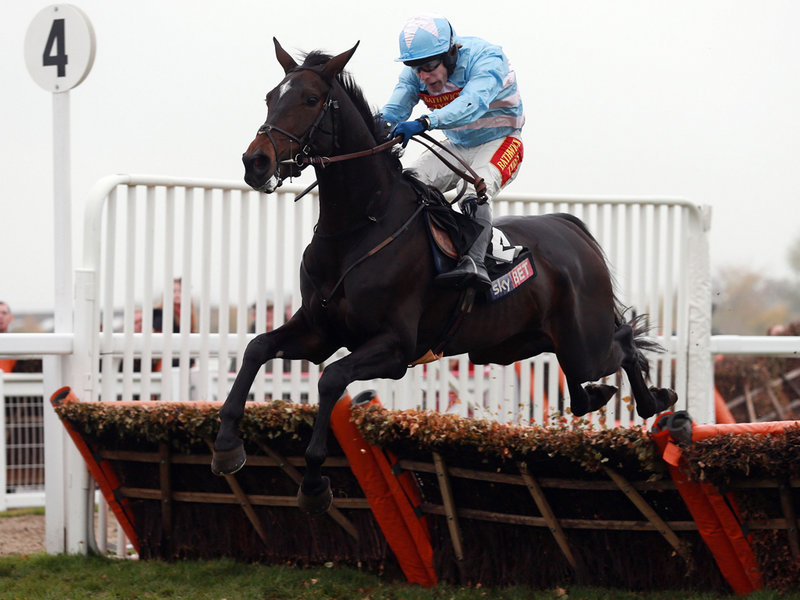 Ever since Lewis Jones got rid of the turkey sweats everything he touches has turned to gold. Four of his last five tips have been winners, all of them odds-against. Yesterday saw Bobscatbilly ran out a determined winner under the champion jockey at Haydock as his profit for this column since we started it in October is £5.34. Not bad for a free service. Let’s hope the run continues today with two selections he has sent over from Uttoxeter.

Things are going pretty well, comrades. Let’s hope the good form continues into next year. We’ve got our eyes on two selections today at Uttoxeter, the first being Quick Decisson for the Philip Hobbs team, who runs in the richly competitive £32 Bonus At 32Red.com Handicap Hurdle at 2:10.

This is not a race to go feet first into selection as there are plenty of sorts that could potentially be ahead of their mark but it’s hard not to be impressed with the make-up of this best priced 11/2 shot.

Heavy ground looks key to the five-year-old, who progressed nicely under the watchful eye of Hobbs last year after running in Irish point-to-points. He won a bumper in tidy fashion last season before making all under Richard Johnson to win a novice hurdle event at Wincanton when the ground was bottomless.

He was very well backed for his handicap debut at Haydock last month but a combination of rustiness and lively ground resulted in a rather disappointing effort. It would be wrong to totally write off the horse after one run and back on ground which he’ll relish and 2lbs lower in the weights, he can make a play for the prize at his bulky odds. Just a one point stake for us though due to the competitiveness of the race.

A Philip Hobbs horse we don’t rate the chances of today is the yard’s former Cheltenham Bumper winner Cheltianen in the opener.

He was very classy but has encountered many injury problems and the lights went out very quickly when he ran in last year’s Supreme Novice Hurdle. Of course, if he runs anywhere near his mark, he should win, but it may be worth chancing second favourite Fergal Mael Duin to improve enough on his last outing to challenge the odds-on favourite.

He has been well backed this morning and a two point win is advised at 3/1.