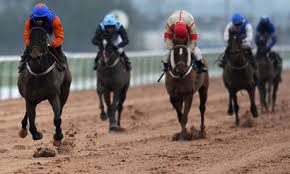 Lewis Jones hit the crossbar yesterday as his each-way fancy was just run out of the places into fourth late on but he’s put that behind him and has put up a tasty 6/1 double to follow at Southwell today….

Frustrating: that’s the perfect word to describe yesterday’s selection. Within seconds of me advising Majestic Miles’ chances at Pontefract, he talk an absolute walk in the market, which is never a good sign.

He drifted from 6/1 to 12/1 come the off and when a market shift like that happens I kind of knew my fate early doors. Saying that, what made it all the more frustrating was the fact he actually ran a decent race and annoyingly finished fourth after being in the box seat for a long way, therefore the each-way money went down the drain.

Anyway, we have to grin and bear the misfortune and move on.

The action on the Fibresand takes my fancy today as I try to get this column moving in the right direction again after a few sloppy days.

I’ve got two horses on my radar and am combing them in a tasty 6/1 double that will hopefully bring maximum rewards.

The first, Abi Scarlett, goes in the bookmakers.co.uk Selling Stakes (3:25). Trainer Hughie Morrison has found a really winnable race for his Fibresand specialist to take advantage of here. The mare gets the six furlongs at this track perfectly and should appreciate the small runner field here.

She posted two very strong wins earlier in the winter and if she’s anywhere near that form, she should hose up in a race where she is well in at the weights against some very exposed horses.

The 10/11 is short enough though, but she is by far the most likely winner. Feel free to back her outright but I won’t be officially recommending her.

My advice is to stick her in a double with Kung Hei Fat Choy in the Ladbrokes Handicap, who is attractively priced at 3/1 at the head of the betting. The selection is one of the form horses currently racing at Southwell and his consistency around here is admirable.

He has only won one of his four races of late but that came over this course and distance. The power-packed Graham Lee is booked for the ride and it would be a big surprise if the horse doesn’t go very close indeed.

Get on the double, which pays 6/1, with a one point win stake.