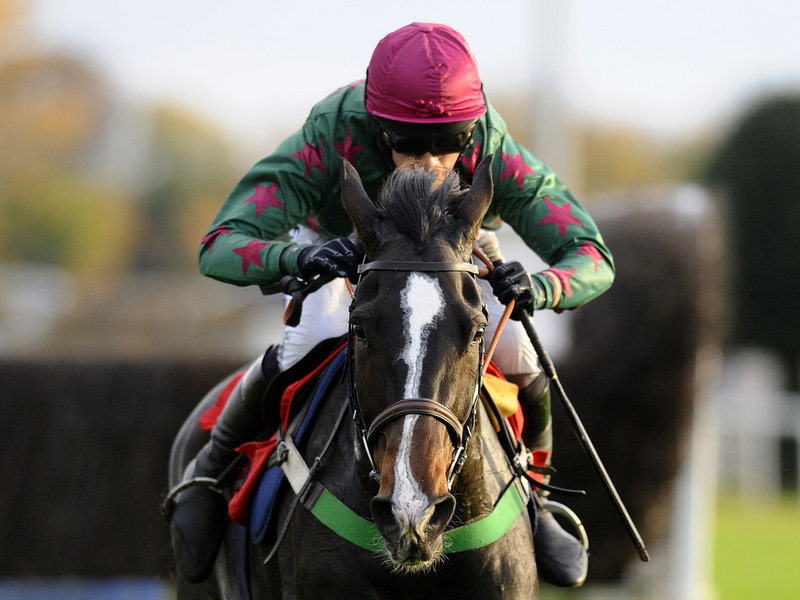 Fresh from back-to-winners on Sunday and Monday, Lewis Jones has found an each-way corker at Punchestown and looks to be bringing the big stakes out to play….

The Boylesports.com Champion Chase at Punchestown (5:30), in keeping with how the two-mile chasing division has shaped up this season, is a very low quality affair. Such to the extent that despite running on Saturday and winning at Sandown, Sire De Grugy could rock up at Punchestown, jump round at 75% fitness and still put these to the sword.

However, he’s not here and that has made this a very interesting betting heat to weigh up. Its races like these that lack strength in depth that I love attacking with bulky each-way stakes, especially as only 10 are due to run meaning we get paid on the first three past the post.

Two mile chasing is all about getting into the right rhythm and usually the horse with most natural ability comes out on top in these types of races. Going through the field, Somersby sticks out like a sore thumb in that regard and in my eyes is the most likely winner of this race.

With that theory in mind, the fact he trades at 5/1 with the sponsors has made me all weak at the knees. He’s an absolute each-way belter in a race of this low-quality. As long as he brings his true form to the table, he’ll be there pitching at this finish and with AP McCoy on board, I know who’d I’d be backing in a dive to the line.

Somersby, who was formerly trained by Henrietta Knight and the late Terry Biddlecombe and now under the watch of Mick Channon, has had a very fruitful season considering his best years are behind him.

The ten-year-old gave a six-length beating (when getting weight) to Cue Card in the Haldon Gold Cup Chase before bumping into Sire De Grugy at Sandown (staying on second), Ascot (fell) and at Cheltenham in the Queen Mother (second).

Apart from that fall at Ascot, the horse has been hugely consistent and rightly is the second best two mile chaser behind Sire De Grugy this season.

The former Grade One winner will appreciated the drying ground in Ireland and looks to have his market rivals covered on all form. That includes Module, who is much better on soft ground. The one I fear is Baily Green, but he’s never won beyond Grade Three level.

Somersby will be in there pitching at the finish. Let’s hope he comes home in front. Big boy stakes on show here: five points each-way.