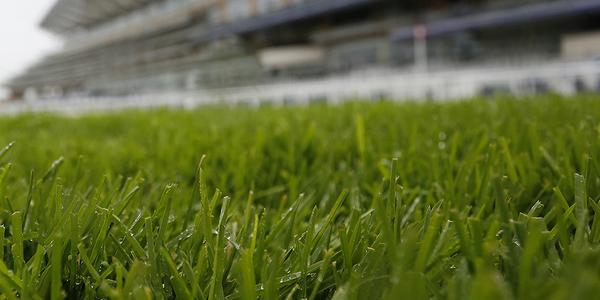 Punters have the simple question to answer this weekend. To back or not to back Golden Horn in the King George?

If Golden Horn is successful at Ascot on Saturday, he would become only the fourth horse to complete the Derby/Eclipse/King George treble.

Barring no withdrawals, Golden Horn will face a maximum of 10 opponents at Ascot, which is the feature race on a busy day of racing for Channel 4.

Get 5/1 on Golden Horn with Paddy Power below:

The race has a tinge of an International feel to it also, with challengers from France and Italy, taking on the John Gosden trained superstar.

But in reality, the real opposition to the 4/6 favourite lies with the home brigade.

As a punter, this race is a simple conundrum. Back or take on the favourite.

My view is, if this was run on a sound surface then I’d be all over the hot-pot but with the rain pelting down in Berkshire, there has to be doubts about the horse’s ability to handle the surface.

Truthfully, Golden Horn will probably deal with the surface fine as he’s got plenty of stamina on his side.

However, at 4/6, he’s got to be taken on, especially as Gosden has in the past spoken on record about doubts regarding his confidence about running the horse on soft ground.

I wouldn’t be surprised to see him pulled out on the morning of the race as an unbeaten stallion for some mad reason is seemingly far more profitable in the breeding world.

So, if we’re taking on the jolly, who is the each way play in a race that is perfectly shaped for a shrewd each-way punt? I’ve got one.

He is SNOW SKY, who recently won the Hardwicke Stakes at Royal Ascot. Many have viewed that victory as s front running fluke, but I’m more inclined to give the horse his dues.

He looks to me a typical Sir Michael Stoute improving four-year-old that has taken his game to the next level this season. He fended off Brown Panther in determined fashion at Newbury over an extended mile and a half before then showing his classy side when easily seeing off Eagle Top and Postponed at Ascot.

Yes, he was given a fine tactical ride from the front that day by jockey Pat Smullen, but the chasing pack never looked truly capable of landing a blow.

Snow Sky took a couple of lengths out of them at the three furlong pole and that move won the race for him rather than the perceived slow dictation of affairs up front.

That makes me think he has to gears and staying powers to really thrive over this challenge at Ascot.

The ground isn’t ideal for him but he won his maiden on heavy ground, so maybe more capable than on breeding grounds.

The 7/1 on offer looks more than fair in a race that lacks depth. Eagle Top looks a horse regressing rather than progressing while Postponed is an overrated beast and will hate the heavy conditions.

Clever Cookie is very interesting stepped up to this level on ground he’ll love but surely a Group One is just beyond his capabilities.

This process of elimination leaves Snow Sky at 8/1 Get on.