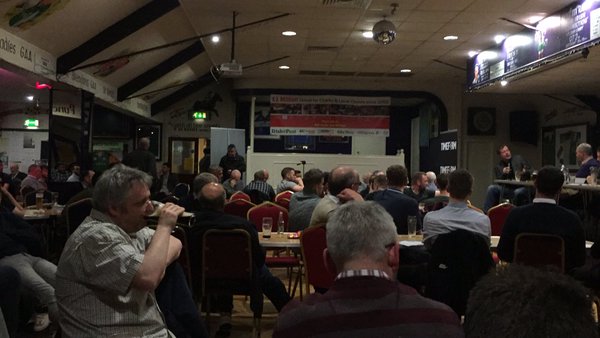 Supreme Novices
JL – Plenty of positives with Min – will like good ground – only the price is a negative. He will be bigger price on the day.
DB – Min would need to be 4s or 5s to be of any interest. Thinks Yorkhill is the best Mullins horse in the race.
MD – Top 4 in market have similar form so Min shouldn’t be so short – immature. Likes Yorkhill & had backed Buveur D’air ante post.
DY – Don’t back Min ante post – will be bigger on the day. Would be amazed if Ruby didn’t ride Min.
DC – Min price down to connections. Likes Altior, good bumper form.

Arkle
JL – Douvan nailed on – put it in all your acca’s.
DB – Would back the Game Changer in the without Douvan market. Sat out the back and run past tired horses.
MD – Douvan should win but is a novice facing stiffest task to date and betting without market better value – Sizing John the way to go or the Game Changer.
DY – Douvan for the needy or the greedy. Will win but no price.
DC – Douvan would have to fall not to win – class apart.

Champion Hurdle – Annie Power the one to beat in the Champion Hurdle, but Camping Ground and Peace & Co are put up as alternatives at bigger prices.
JL – If you go through the race you keep coming back to Annie, easy to be negative but a 2 mile Champion hurdle is what she needs to show her ability.
DB – Annie not a typical prep for this but not sure what to take it on with- would try Peace & Co with a wind op behind it.
MD – If you think she retains her ability then Annie is a certainty and a good price.
DY – Annie’s price linked to how Min & Douvan do – but will drift up to Tuesday. On mid-Jan Mullins wasn’t even sure it would make Cheltenham. This is a world apart from running in the Mares race.
DC – Doubts Annie retains all her ability so interesting e/w race. Couldn’t have the New One or Nicholls Canyon so would have Camping Ground at 20/1 e/w.

Neptune – Panel are unsure if anything will be able to trouble Yanworth – who is clear pick. O O Seven proving popular e/w
JL – Yanworth is already on 158 rating – rated higher than the champion hurdle second fav – nothing near it. Evs is a good price.
DB – nothing in the race to beat Yanworth.
MD – Thinks Yanworth will win – race will cut up with other engagements so would suggest OO Seven e/w at 25/1 -probably be 8 or 9s on the day. Probably won’t beat Yanworth but the value ante post.
DY – Yanworth was the stand out at Trials day.
DC – Only quibble with Yanworth was looked like would kink out at top of the him. Got ability but could be quirky. Wouldn’t back him so short though.

RSA Chase
JL – Long time since More of That won world hurdle and worries not run since December. Vibes are wrong !
DB – More of That – only worry his set backs. Has potential to be seriously good and looked fine in races so far.
MD – No a More Heros the right fav. Great jumper and better jumper than hurdler – take all the beating. Potential 165 rated chasers win the RSA not previous 170 rated hurdles.
DY – Concerned More of That only had 2 starts.
DC – Not a 2 horse race, likes Blacklion & Seeyouatmidnight.

Champion Chase – Main thought of the panel is that if Un De Sceaux jumps round, he’ll win – though price off putting

JL – Not a safe odds-on shot – better odds on shots at Cheltenham.
DB – UDS Fell twice – couldn’t back at odds on.
MD – UDS wins if jumps round. Gods Own won’t win but e/w player at big price.
DY – SDG will wear head gear.
DC – Worry with UDS is how the race unfolds – if it gets taken on, but is a stand out on ability.

JLT
JL – Back Outlander now as several at top of market won’t run.
DB – Lami Serge value as over reaction to latest defeat.
MD – Bristol can pick holes in his form, likes Outlander.
DC – Three Musketeers – this has always been the target. Don’t forget the impression he made at Newbury.

Ryanair
JL – Thinks RTR will run in this – could be the perfect race for him, brings best form to table. Thin race potentially for a grade 1.
MD – poor grade 1 – thinks Dynaste the forgotten horse. Usually beats Al Ferof and at 20/1 a player.
DC – Village Vic is a horse going forward unlike most in this.
BO – Vautour will run in gold cup. Thinks Valseur Lido might run in this & RTR in gold cup.

Triumph
JL – All much of a muchness. Grade 1 winners of juvenile hurdles so far all massive prices. Fancies Connetable.
DB – Not sold on Zubayr form. Solid one is Sceau Royal.
MD – Gorbatov a shocking price.
BO – Money for Connetable
DC – Gorbatov comfortably worst fav of the week.

Gold Cup
JL – Don Cossack questions to answer but has most ability.
DB – Djackadam not as good as the Dons or Vautour. Thinks Don Cossack the bet here. Vautour too exuberant. Would be a positive if it’s ridden by Russell.
MD – Thinks Cossack would have won King George but Don Poli looks like a horse where demands of Cheltenham will suit even though maybe not as good as others.
DY – Cue Card is better than ever.
DC – Vautour IS the best horse in race.