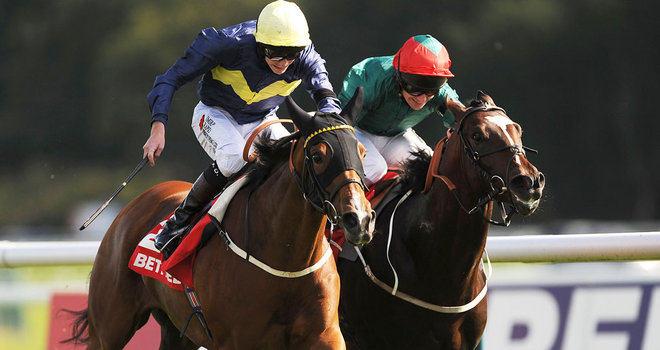 After assessing the ground and the way the course is riding yesterday, Lewis Jones has brought the big guns out today and is backing four horses at York…..

The one to be on in the opener – the Betfred Supports Jack Berry House Stakes at 1:45 – is Top Boy, who looks a horse to follow on turf throughout the summer off his current mark of 86. He’s a winner in waiting that’s for sure and today just might be his day despite the competitive field.

He looks to have strengthened up over the winter judging by his two fine performances at Wolverhampton and strong staying performances at Beverley and at Chester last time out.

Chester’s unique tight track was never going to suit his hold-up style but he still flew home in the closing stages after nearly being tailed off at halfway. This track should be more up his street as he put up a very high-class showing on his last start when finishing fifth in a hot race behind Moviesta.

That form can be bumped up too as he raced on the fair rail and actually beat home Dutch Masterpiece, who, like Moviesta, went onto frank the form.

The selection races off a mark 4lbs lower today and as long as they go a scorching gallop, nothing will be staying on stronger than Derek Shaw’s gutsy sprinter.

Get on the 12/1 with Bet365 (paying five places) with three point each-way stakes.

Sticking with the each-way theme and Thistle Bird’s resolution added to the fact she’s the highest rated filly in the “Betfred £10 Million Scoop6 This Saturday” Middleton Stakes makes her a very solid each-way play at 7/2 in a nine-runner race.

On ground on softer than good, she’s a real consistent mare and was unlucky not to land a couple of Group One’s last season at Goodwood and at Longchamp. Her record first time up isn’t sublime but many of her rivals today will need this more than her. Get on with three point each-way stakes.

Spa’s Dancer is also begging to be backed today in the Betfred Hambleton Stakes (Handicap) (Listed Race) at 11/2.

This doesn’t look the strongest of renewals and it was hard not be significantly taken with the way the selection sliced through the pack in the Spring Cup at Newbury last time out.

He was flying at Gabriel’s Kaka late in the day and would have beat him with a clearer run. This race should suit and he’s worth a one point each-way investment in another decent each-way betting heat.

A one-point each-way investment is also advised on the chances of Hey Chewd in the British Stallion Studs EBF Conditions Stakes at 15:50. The selection ran a better race than on first viewing from the front at Sandown and should improve for the ease in ground against a vulnerable favourite.

Plus, my ante-post fancy for the Derby – Bunker (1pt EW ante post) – goes in the Dante Stakes today. He looks to have a tough ask beating True Story but that Fielden form has yet to really be tested.

The Hannon’s really rate their horse and it wouldn’t be a huge surprise to see him run a big race on his first try over a distance further than a mile.