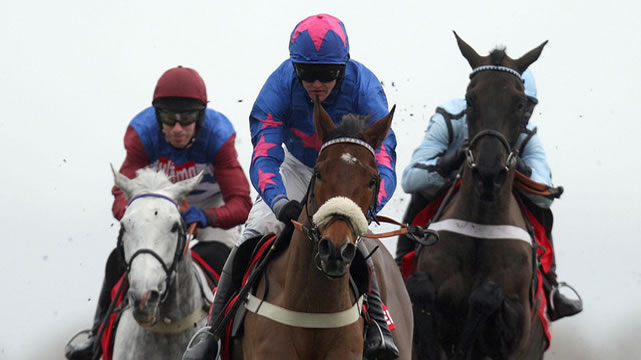 Frustrating result yesterday. No money was lost, but a significant touch was close to being landed. Our four point each-way recommendation on 11/2 shot Firmdecisions at Kempton was a whisker away from securing a big win return.

Only 20/1 outsider Bowstar, who improved for the application of headgear, beat the selection as he finished a game second.

The each-way terms of the bet landed to bring a 0.4 profit and this proved that steaming in on seemingly short price horses can be a profitable theory if being cute with your selections.

Moving onto today, and although the form of the Colin Tizzard stable hasn’t exactly been sending pulses racing this season, it’s hard not to rate the chances of Ultragold in the Dick Hunt Handicap Chase (For the Dick Hunt Trophy) at Wincanton.

Tizzard’s young chaser hasn’t managed to get his head in front since joining from France but he has progressed with every run without letting the handicapper have his say.

Both at Exeter and Lingfield on his last two starts, the classy traveller, who could become very classy when the firms up in the spring, has impressed with the way he’s jumped his way into contention.

Finishing second at Exeter, he just got outstayed by the progressive Samingarry, who went onto the frank the form and although his finishing effort was a little tame when a beaten favourite at Lingfield, it was hard not to be taken by his clear ability at this level and a drop back in trip today looks a shrewd move by Tizzard.

There has been significant money this morning around for the progressive six-year-old. We missed the early 5/1 available but little bits of 3/1 and 11/4 are still knocking around.

That price still looks very fair when you assess the chances of market leader Bennys Mist, whose handicap mark makes him hard to fancy at short odds.

Venetia Williams’ charge jumped his rivals silly over the shorter trip at Wincanton last time out but this race looks a far more stiffer test both in terms of distance and opposition.

The fact he has to race 6lbs higher in the weights also counts against his chances, with a mark of 133 seeming pretty steep for a horse that has been thrashed in two handicaps before his Wincanton success.

Get on Ultragold with a two point win stake.