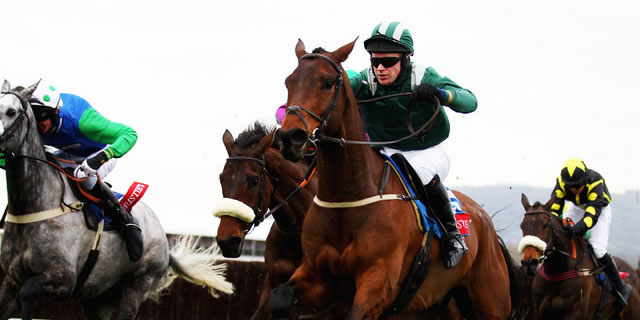 Latching onto significant jockey bookings worked the oracle for us on Tuesday when Sam Twiston-Davies travelled to Market Rasen for just one ride and we feel we have pinpointed another edge to work in our favour for today’s meeting at Huntingdon.

Trainer Charlie Longsdon and in-form jockey Noel Fehily, judging by the statistics, is a partnership to be feared. Since 2011, the two have racked up an impressive strike rate of 46% with horses that were priced up 6/1 or shorter in the betting at Huntingdon.

With that juicy stat in our minds, punters should be licking the lips at the prospect of backing Promanco at 5/2 in the EBF Stallions Mares´ Standard Open National Hunt Flat Race at 4:30.

What pours more fuel on the fire regarding the chances of the horse is that Fehily is travelling down from Doncaster where he has two rides, the second of which goes off at 1:50, to Huntingdon just to take the ride aboard the mare.

As one of the top jocks, Fehily doesn’t need to flirt between tracks in order to gain rides, therefore the fact he’s going out of his way to make sure he’s there to ride the selection is a tip in itself. The Longsdon stable must fancy her strongly.

The five-year-old mare is nicely bred for the jumping game being a half-sister to maiden point winner Maximise and broke her own maiden tag in points in April before Longsdon, who is a bit of a master at getting a bumper horse ready to win first time out, snapped up her up at the sales.

She is trading as second favourite behind the Alan King-trained Avispa, who has the experience of a run under rules to her name against the selection. However, we’re far from convinced that the form of her supposedly eye catching run at Warwick in November is of a standard to repel our faith in Promanco, who could turn into a decent mare if the signs are correct.

Get on the mare with a three points win stake. Good luck, comrades.