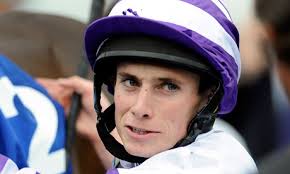 Lewis Jones has found a hot-pot favourite to follow at Kempton and the horse in question could even make up into a Derby contender such is Lewis’ faith in the horse. With that in mind, he really should be winning off a mark of 85….

Punters heading to Kempton this evening are in for a bit of a treat as they could potentially be witnessing the seasonal debut of this year’s Derby winner.

Festival Theatre, trained by Sir Michael Stoute and ridden by Ryan Moore, is as short as 33/1 for the Epsom Classic and is apparently making all the right noises at home ahead of his run tonight in the Follow @BetVictorRacing On Twitter Handicap (Kempton 7:40).

Running off a mark of 85, the three-year-old will be going off a very short price this evening and it isn’t my usual style to pile into horses at skinny odds, but I’m making an exception for this horse, who I think may just play a huge part at Epsom judging by his profile and maiden win last season.

Hopefully, all of us will look back at the end of the season and think backing this beautifully bred horse off a mark of 85 in a handicap was the closest thing to printing money.

Stoute may well be using this race as a prep for a crack at the Dante Stakes at York but the selection may not even have to be anywhere near that level of form to run out a winner in what is a pretty decent race for the grade that includes three last-time out winners all with the potential to improve further.

It’s that just none of them showed the same level of a ability as Festival Theatre did in August when wearing down a useful yardstick in Intermedium over Kempton’s seven furlong track.

Moore was near last with two furlongs to run on Kempton’s Polytrack that day but despite being bred for further than seven furlongs, the selection showed an incredible finishing kick to power past horses like they were standing still to get up close home to nail the winner, who looked set for victory until the last stride.

It was a performance of epic proportions as the front two pulled eight lengths clear of the third. Today’s step up to 1m4f should be right up Festival Theatre’s street as his dam finished second in the Ribblesdale and in the Irish Oaks.