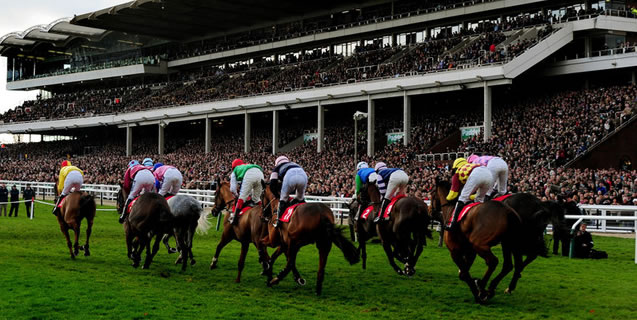 Lewis Jones has his eyes firmly fixed on a selection from Leicester today as he looks to bring some profit through the doors….

Cloudy Bob has everything in his favour today to go very close in the Cavalry Handicap Chase and punters should be lapping up the very generous 7/2 that is available.

The seven-year-old struggled on his chase debut at Southwell last May but improved plenty when sent back over hurdles this winter, posting some decent efforts in the mud including a very easy win in a hot race at Market Rasen in November.

Pat Murphy decided to give chasing another go at Ascot last month and the horse looked like a different animal over the bigger obstacles, running a screamer to finish third at a big price.

The form of that contest was franked when runner-up Benefit Cut, who we recommended as a bet next time out, hammered a small field doing handstands at Market Rasen.

He is set to run today in this event and is a well backed favourite but the selection has a 9lb pull for just a length-and-a-quarter margin and if his jumping holds, up he should theoretically beat Benefit Cut. Get on with a four point win stake.

Meanwhile, at Kelso, punters are in for a bit of a treat as 2011 Cheltenham Gold Cup winner Long Run is given a Grand National warm-up by trainer Nicky Henderson in the Ivan Straker Memorial Chase at 3:35.

The two-time King George VI Chase winner has shown signs of decline this season but did ran a much better race when seemingly booked for third in the King George before unseating Sam Waley Cohen at the last fence.

That run gave Henderson enough faith to campaign the gutsy stayer for a crack at the Grand National and he should win with ease today, but the 4/9 is obviously nowhere near backable. . He has lots in hand over the admirable Knockara Beau even on his latest form where he unbelievably won the Cleeve Hurdle, beating At Fishers Cross and Big Buck’s.