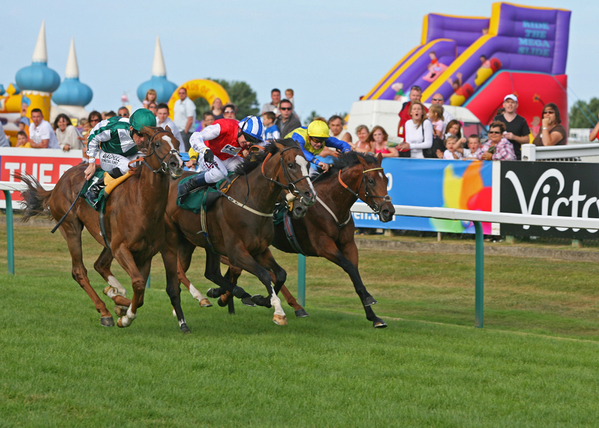 Lewis Jones continued his good run of profit of late by striking with the each-way part of his selection yesterday, who went off at 10/1. Let’s see what he’s backing today…

Solid result yesterday with Eltheeb in the totepool Cumberland Plate, who finished a close up third. Our money was down on him at 6/1 but a nice little drift pre-race to 10/1 boosted the profits courtesy of the each-way part of the punt. Making sure your bookmaker offers Best Odds Guaranteed is an important part of long-term profit.

At one stage in the race with about two furlongs to run, we was getting pretty excited here at Cheltenham Talk HQ as Paul Mulrennen seemingly had a double hand-full but despite finding an explosion of speed off the bridle, the horse was just outstayed in the closing stages.

Moving on, and we’ve turned our attention to the action at Newcastle today, where it’s the first day of their very popular Northumberland Plate meeting.

The big day of action is on Saturday, but the Thursday and Friday cards always throw together some decent racing. However, after studying the card, nothing has jumped off the page at me, leaving me to look elsewhere for a selection. Step up, Yarmouth.

Our money is following the chances of VALLARTA in the Burlington Palm Hotel Handicap (3:20).

Mick Channon’s gelding has been a beaten favourite on his last two starts and has stung punters many times since making his debut in the summer of 2012, winning just once and failing to strike in a handicap as yet. However, he’s come back in 2014 with the look of a horse who is capable of picking up a weak event off his current mark and today looks that day.

He would almost certainly have won had he not missed the break last time out when he finished like a train over six furlongs and the step up in distance may just eke out further improvement. Despite being bred for sprint distances, with age it seems as though he may have more stamina than first suggested. The way he’s finished his last two races certainly suggests that.

The good to firm going is in his favour and although there has been a major move for a Michael Appleby runner in this contest, the drift to 4/1 on the selection is just too juicy to ignore. Get on with two point win stakes.