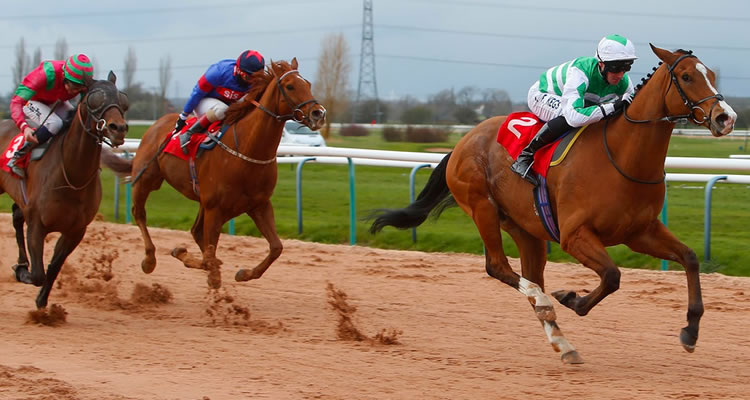 After yesterday’s blowout, Lewis Jones is betting at his favourite track today and has his eyes on a tasty bit of 12/1 each-way value. Let’s see what he’s got in store for us…

When compiling any punting plan for a meeting at Southwell, course and distance winners should feature heavily in your portfolio and that’s the thinking behind’s today’s selection on the Fibresand.

Patriotic, who runs in the Shane W Darby Memorial Handicap at 7:00, has plenty going for him on the surface yet the market has completely overlooked him. Wrongly, in my humble opinion.

Much like many horses on this surface, it seems Chris Dwyer’s stable stalwart saves his best performances for this unique surface and likes nothing more than ploughing through the deep sand at one-pace over a mile.

Patriotic hadn’t been firing in the last year but came right back to form last time we saw him at Southwell, winning over course and distance where he and the second pulled six lengths clear of the rest. He had to be kept up to his work but even off an inflated mark there should be plenty more to come, particularly in a strongly run race when he can be delivered much later.

The runner-up that day – Exclusive Waters – has already done the form plenty of substance by charging home readily in a similar mile handicap over the course and distance. A rise of 6lbs for Patriotic does look steep on paper but he’s very unexposed on the surface having only run three times (won two and a third), so he looks following off this revised mark even with his inflated price.

Get on his chances with a two point each-way stake size at 12/1.

Those that like following jockey booking angles must keep an eye on Kieran Fallon’s mounts today at the track. It’s very unusual for a jockey of his standing to pitch up at Southwell on a Thursday afternoon and he must be there for a good reason.

The way the money has spoken this morning his best of the four rides he has comes aboard Ghost Cat in the maiden at 6:25, who has been backed into 1/2 this morning for trainer Brian Meehan. That looks his banker. Fallon doesn’t travel long distances from his base in Newmarket without good reason.