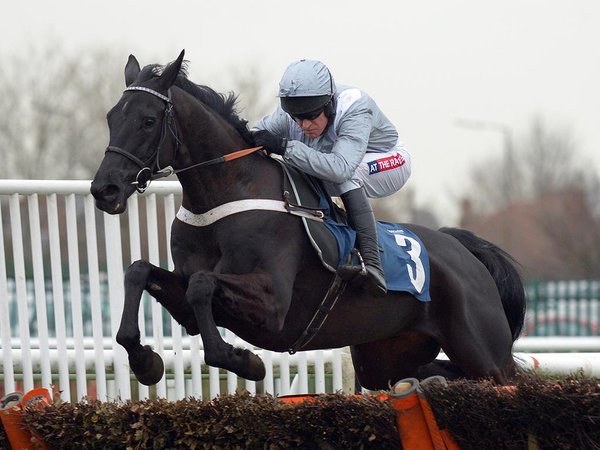 Our man Lewis Jones is sitting very pretty on a four-horse Willie Mullins 52/1 Cheltenham Festival ante-post accumulator that is now a mere 14/1 short.

He tipped that up at the start of November and we’ve asked him to unleash us with some more big-priced ante-post accumulator value.

Is it too early to start dreaming?

But I’m going to anyway.

Two months after tipping up Annie Power (Mares Hurdle), Faugheen (Champion Hurdle), Vautour (Ryanair) and Un De Sceaux (Champion Chase) in a monster 52/1 accumulator, those that have joined me on this Mullins enthused wager will join me in nodding away rather smugly to ourselves.

Annie Power, Faugheen and Un De Sceaux have all solidified in the betting for their races while Vautour’s inability to stay in the King George has shortened his price for the Ryanair Chase from 4/1 to 13/8.

Obviously, many trials and tribulations can transpire between now and March but those bookies who have laid 52/1 about this fourfold must be sweating a little, which is always nice to see.

Now seems the perfect time to add another big-price double to our portfolio – this time the horses in question are from the Henderson stable.

The noises from the Henderson stable have always been strong surrounding this progressive young horse and he has gone unbeaten in four starts over the sticks, progressing with each and every trip to a racecourse. What I love about him is his resolution.

He’s not your typical classy Henderson traveller that smoothly wins races on the bridle. He’s a gutsy little terrier that knows how to battle, as shown at Kempton over Christmas where he was off the bridle turning for home but chew up and spat out a good opposition.

The youngster bounded clear in the closing stages and that attitude up the Cheltenham hill after a furiously run Supreme Novices Hurdle will stand him in good stead.

The Mullins-trained Min heads the market for this event but he’s mostly hype, hailing from a trainer, jockey, owner combo that has won this race for the last three years.

Altior at 7/1 with each-way stakes in mind looks a fair bet at this stage as he’s likely to shorten as the Festival draws closer and Henderson starts banging in the winners as he usually does at this time of year.

This horse has the bit of the Sprinter Sacre’s about him, in terms of his jumping ability.

He’s by far the slickest negotiator of fences I’ve seen this season and that’s including the short-priced favourite for this race Douvan, who has a stupendously huge engine but has clouted a couple of fences in his runs over the larger obstacles.

We haven’t seen the best of Henderson’s chaser yet and people would be wrong to rite him out of the Arkle reckoning on his defeat to Ar Mad at Kempton over Christmas.

That horse looks a top-class and battle-hardened animal, but Vaniteux has the scope to keep on improving. A fast-run two miles at Cheltenham will see him at his best.

At 10/1 he’s another selection with plenty going for him.

At this stage, it’s hard to see both horses not making the frame in their respective races.

An each-way double is advised, with 92/1 on offer for two winners and around 5/1 for the place.