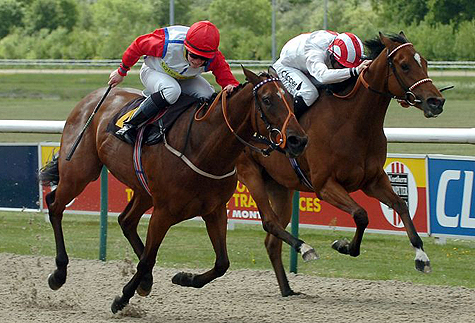 After a weekend of below-par action off, Lewis Jones is back on the horse this week as the brilliant York festival rolls into view. That kicks off on Wednesday though, meanwhile Lewis has one tip for today. He bagged a 8/1 winner last week, it’s well worth following his advice as you can see by the P+L column….

After a weekend to refresh, we’re hoping Robin Hill can make a big noise for us in the 6:20 at Wolverhampton. This horse is obviously thought a lot of at home as she was pitched in at the deep end on her nursery debut at Newmarket and unsurprisingly struggled in the high-class. Although she is still a maiden, William Muir’s charge has showed plenty of ability in all her starts in maiden and selling company.

Although it was only a seller in which she finished third on her debut in June, it was a decent race for the grade while her second to Rosie’s Premiere has also been boosted from a form perspective.

On her third start, Robin Hill showed plenty of pace against the stands’ rail before fading into fourth behind three who raced towards the centre of the track. That was a decent maiden as the winner is well regarded and the second had started off with a fourth at Newmarket.
Robin Hill looks the type to keep on improving at two and should really go very close in what looks an open race. The 8/1 on offer with eight runners is very generous. Get on with a one point each-way stake.

Meanwhile, it was a fantastic day for British racing yesterday as Kingman continued to dazzle at the top level with another brilliant Group One success. This latest triumph came in the Prix Jaques Le Marois in France and dampened the claims that this horse can’t perform his best on a testing surface. It was his famous turn of foot that won him the race. Much like his previous win in the Sussex Stakes, the race was run at a bit of a crawl and the result looked ominous from the three furlong pole where James Doyle was sitting pretty aboard his top-class mount. There were still four in with a chance with a furlong to run, including fellow UK raiders Olympic Glory and Rizeena, but the race was put to bed in fine style by Kingman who accelerated clear when asked the question.