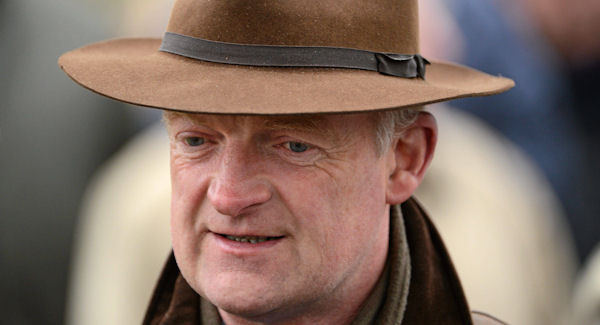 Lewis Jones is back to give us the lowdown on the opener at the Cheltenham Festival, the Supreme Novices Hurdle, as he takes a look at the leading contenders.

Douvan (Odds 7/4): The trainer-owner-jockey combination of Willie Mullins, Rich Ricci and Ruby Walsh has sent the distinctive light pink colours to victory in the last two renewals of the Supreme – and the market make them a near odds-on to repeat the feat once again.

Very slick over his hurdles for a novice, Douvan’s form is stacking up well. He gave a hell of a thrashing to Sizing John at Gowran Park last year before that horse came out and won a Grade One at Leopardstown by six lengths.

The Supreme favourite has yet to come off the bridle in his races yet, so we don’t know what type of engine he is carrying, but he looks a very professional and talented customer.

However, this is a graveyard of a race for short price punters though with only two of the last 11 horses to go off shorter than 2/1 landing the spoils.

L’Ami Surge (Odds 4/1): Trainer Nicky Henderson has hit the bar more times than Mario Balotelli in this race, saddling nine top-four finishers in the last eight years but no winners.

He’ll be hoping to end that duck with this fella, who has progressed spectacularly over the season, winning the Gerry Fielden handicap on his British debut before sauntering clear at Ascot and then in the Tolworth Hurdle.

Jollyalan (Odds 8/1): This horse will take your breath away in the paddock.

He’s a fine specimen of an animal. Trained by Harry Fry, he looks every bit a three-mile chaser already and understandably struggles with the smaller obstacles due to his size.

His talent has got him to a rating of 151 though after two wins in novice company and then a narrow defeat to the battle-hardened Garde La Victoire in a handicap at Sandown.

Qewy (Odds 14/1): Clearly held at high regard at John Ferguson’s yard, Qewy was thrown into a Grade Two on his debut at Haydock and was beaten but showed plenty of promise.

Ferguson said the horse had flourished at home before his next assignment at Newbury and he delivered an imperious performance, hammering the well-regarded Cardinal Walter by six lengths.

The only thing wrong with Douvan is his price. He’s certainly talented but it’s impossible to gauge how he’ll cope with the trials and tribulations of Cheltenham while he might bump into a better horse on the day.

For that reason it’s hard to make a strong case for backing him at 7/4 although in my view he is the most likely winner. L’Ami Surge has to be respected because of his trainer but I’m not totally convinced he merits being 4/1 for a Supreme on what we’ve seen so far.

His jumping is quite scratchy and has not encountered good ground.

Jollyalan is more of a long term prospect and may run into a place but my money is siding with QEWY in the each-way market. His latest win was achieved against very good company and he looks to have the gears to quicken off a strong pace.