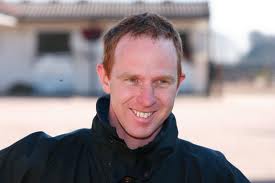 What a week it’s been for our tipster Lewis Jones, yesterday’s winning 25/1 Grand National tip means he’s tipped up five winners in the last seven days and has shot the profit of this column to +114.88 to one point stakes. Let’s see what he’s plumping for today…

PINEAU! PINEAU! PINEAU! PINEAU! That was the chant from the Bournemouth press box yesterday from yours truly as the news filtered through from Twitter that my Grand National tip duly romped to victory at Aintree to cap a remarkable Aintree festival for those that follow this column.

It was unfortunate that I didn’t get the see the race live and cheer the beast home but I was on football reporting duty covering the Bournemouth v QPR game.

I’ve never had such a fantastic run of winners in my tipping career and looking at the Facebook page there’s been plenty of people following my advice over the last few days which has seen three winning tips from three selections at Aintree at 11/4, 8/1 and 25/1.

Since Cheltenham this column is now +114.88 in profit and hopefully we can continue firing in the winners, but this game can change very quickly and I can’t get too ahead of myself.

Focus turns back to the flat today over in Ireland, where I’ll be following the David O’Meara yard with Smoothtalkinrascal in the Cork Stakes at 2.55.

O’Meara likes to get horses fit and raring ago from the start of the season and there’s every reason to think that the selection will be in prime condition for this valuable contest.

The talented four-year-old looks set to tackle some decent races over six furlongs this season and has the capabilities to kick off his campaign with a victory.

He was very progressive last season, winning at Leicester and York early in the year before running a massive race when just touched off in the Dash on Epsom Derby day. His form tailed off a little towards the end of the year but the ground was arguably to blame for his below-par efforts.

Although he’s never raced on going described as heavy, everything in his make-up suggests that O’Meara’s charge should relish it. Favourite Maarek is a Group One winner on this ground but I’m not sure if Cork is a track that suits his style. Get on Smoothtalkingrascal with a one point win stake at 4/1.