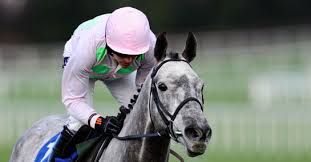 There was yet more profit for Lewis Jones’ followers yesterday as Forest Walker at 12/1 finished an agonizing second at Haydock. The each-way money was bagged but it could have been a stupendous payout with a little bit more luck. Can’t quibble at a 12/1 place though. He’s concentrating on some top-class jump racing from Ireland today and has eyes for a Willie Mullins favourite….

Corr blimey, yesterday was a close one. We could have been sitting here celebrating another bulky return had Forest Walker not got run out of things in the final 50 yards. Still, the four points recommended stakes brought about a tasty +5.35 profit. I’d take that every day of the year if you offered it to me.

There were a few horses at each-way prices that caught my eye from Musselburgh today but none strong enough to recommend as an official punt as although they looked a tad overpriced it was hard to really make a strong case against the market leaders.

None of the potential selections had a make-up in the same stratosphere as Ballycasey in the Powers Gold Cup at Fairyhouse and despite trying to look elsewhere for value, I just can’t see how Willie Mullins’ galloping grey get beat in the valuable Grade One.

He’s odds-against to beat a horse that was firmly put in his place by Third Intention a few runs back and Balleycasey has already proven on a couple of occasions, he is at a level which is way beyond that measurement of form.

The horse in question that is his main rival today is Rebel Fitz, who is a 2/1 shot to win a Grade One despite never been tested at the top level while Ballycasey, who has won a Grade One and ran well in a hot Cheltenham Festival race is backable at odds-against (6/4). Sometimes this game can be pretty simple and this looks a time not to overcomplicate things.

Ballycasey ran a super race at Cheltenham to finish fifth in a good running of the RSA Chase. Jumping well from the front his stamina only ran out in the closing stages and the drop back to 2m4f today will be right up his street. I will be stunned if he gets beat. Get on the 6/4 with four points win stakes.