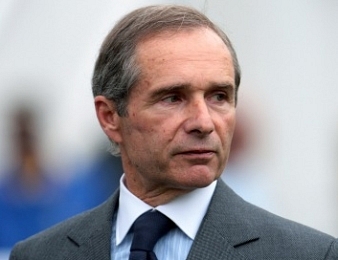 A winner on the board yesterday, albeit a dead-heat, as Clever Cookie fully justified market support in the STOWE FAMILY LAW LLP GRAND CUP at York. He was advised at 9/2 but a wave of money came before the off to take him into 3/1.

He looked to be set to cruise to victory with two furlongs to run but 12/1 shot Ralston Road put up a game performance to battle right to the line with the strong travelling stayer. It was another satisfactory tipping Saturday despite Here Comes When blowing out at Haydock.

The Prix du Jockey Club at Chantilly (3.15) (otherwise known as the French Derby) is the only real action today that is tickling my punting taste buds and I’m keen to take on the favourite Prince Gibraltar, who looks very short at 9/4. He won the Greffulhe – a key trial – doing handstands but I’m not convinced the form merits him being a strong market leader for a Group One.

Being against the market leader in any betting medium opens up huge punting possibilities and I’m on the hunt for some each-way value in a race that looks set for a shock result.

Andre Fabre is a trainer that done us a nice turn earlier this season by saddling Miss France to victory in the 1000 Guineas when we were on and the master handler looks to have a decent squeak of landing this contest with Galiway.

The selection is held in huge regard by Fabre but he’s yet to really stamp his authority on a race after winning his maiden last season. The key to Galiway though is this will be his first attempt at further than a mile and watching his races, he seems to be crying out to be stepped up to longer distances.

In both starts this season, he’s ran identical races, finishing three lengths adrift of Karakontie, who is an 11/2 shot for today’s contest. But he’s been staying on strongly at the finish and with a more powerful and tactical ride today his stamina should be able to get a lot closer to Karakontie and it wouldn’t surprise me if Fabre found enough improvement to reverse that form.

The draw isn’t ideal; therefore things will have to go his way in the race, but at 14/1 with Paddy Power paying four places, it looks a great value bet. Get on with two point each-way stakes.