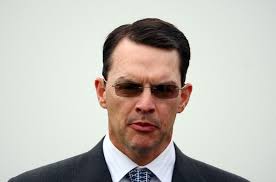 Bit of a stinker yesterday. Our theory about My Tent Or Yours not having the guns to carry top weight in a handicap was proved to be right but our selection Clever Cookie failed to run his race as Cockney Sparrow ran out a very impressive winner for the John Quinn yard.

Things went from bad to worse as Berkshire completely threw away his chances in the Greenham by behaving like a child in the preliminaries before pulling like a train for the first three furlongs.

It’s back to the drawing board for him but he’s still a horse of interest if learning to behave himself on the track. The Greenham winner, Kingman, looks a frightening horse though and he is now the one to beat in the 2000 Guineas.

We move on to today and it’s that time of year again to try and work out which of Aidan O’Brien’s three- year-olds are worth following.

The trainer is pretty routinized in terms of the way he places his more forward three-year-olds and his record in the final maiden of the day at the Curragh has tempted me in to follow one of his animal ‘a today.

O’Brien has won the Irish Stallion Farms European Breeders Fund Maiden three times in the last four years, including with subsequent Derby winner Ruler Of The World last year. That in itself nodes very well for the chances of Adjusted, who is having his second start of the season today at Ireland’s home of flat racing.

O’Brien’s horses are notoriously much fitter second time out and the selection may not have to improve much on his seasonal debut behind Fascinating Rock at Leopardstown. That horse gave that form a nice franking yesterday when landing a Group Three at Navan in the style of a very progressive horse.

Adjusted was only a length behind the winner last time out and travelled nicely before tiring late on.

I was surprised to see odds-against prices available this morning, hence my interest at 6/4. Dermot Weld’s horses are running extremely well but it looks a tough ask for Sinkal to beat a horse from the O’Brien yard first time out.

Get on the selection with three point win stakes.