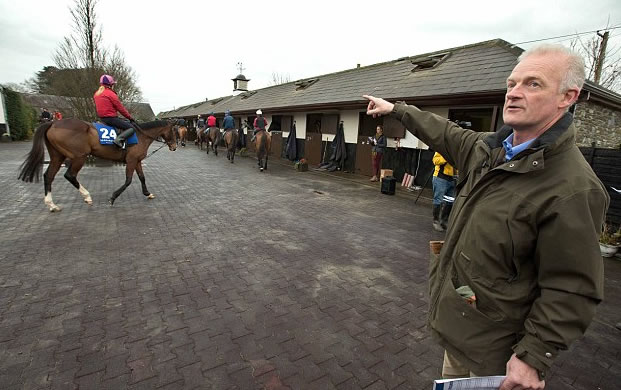 When planning our stable tour features, there was only one place to start: the yard of Willie Mullins.

The level of talent at that stable is mind-blowing as proven by his seven Cheltenham Festival winners from last season.

Once again the master trainer is readying his string for another crack at all the big pots and here’s an update on plans for the stable stars, provided by Patrick Mullins, who was speaking to the Final Furlong Podcast.

From Faugheen to Vautour, the trainer’s son was in fine form as he provided brilliant insight into the stable’s plans for the season…

“He had a lot of muscle trouble in his back early on and although he’s not an old horse, he may just take his training a little better this season. He’s not a flashy horse to look at, he’s just solid.
“It’s all systems go for Cheltenham. [On Nov 15th 2nd placed finish in Morgiana Hurdle] Faugheen was a little disappointing. Ruby said he hung but horses hang when they get tired. Maybe he just met a good horse.

“They went a good gallop and Nichols did it the hard way out in front. He jumped fantastic. Maybe he has improved more. Until he tells me something wasn’t right, I’m not making any excuses for Faugheen.

“We’ll see how they come out of the race. They’ll be entered in all those races that Champion Hurdle horses should be in. They’ll probably have to take each other on but if we can keep them apart we will.”

“With all horses you need a bit of luck to stay sound, but he has the ability [to defend his crown].”

“He won four Grade One’s last year and if we had Cheltenham again we would have ridden him differently. He stays very well and is very tough, maybe we should have sent him on a bit more. I think he’s going to go down the Champion Hurdle route – to have a look. If he doesn’t measure up there, we can always look towards the World Hurdle.

All these good horses, all trips come alike to them…Nichols Canyon was under the radar last year. He was a second string, but did win four Grade Ones. We used the wrong tactics with him at Cheltenham and that took the gloss off him a bit. It was our fault. He put in a huge performance today [on Morgiana Hurdle win 15th Nov]”

“If you look at his Champion Hurdle run, he’s the second best hurdler in the UK and Ireland. We never really trained him as hard as we should as he always looked big in the ring. We may train him harder this year, that could bring out further improvement. He could be the forgotten horse as he’s not as sexy as the others.”

“Annie is great. She’s back in and looks a million dollars. She didn’t get the rub of the green last year but to be honest the best site at Cheltenham was her getting up after her fall. She only had two runs last season but we’d like to get her out a bit more this year. At Cheltenham you run in the race you have the best chance of winning, and she’ll be aimed at the Mares Hurdle – she’s made for that race.” 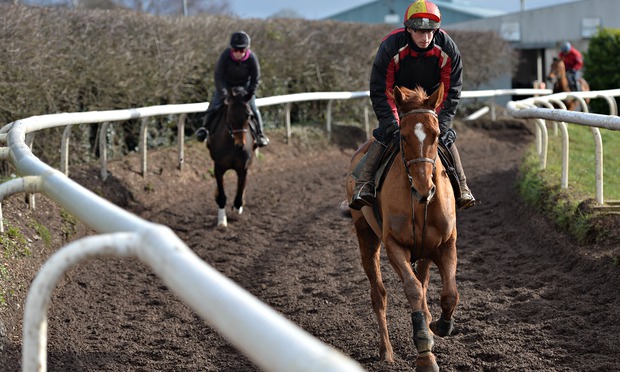 “He won’t be avoiding good ground but he is better on softer ground. Looking at races in England, we’d look at the Tingle Creek at Sandown. Nothing has got past him yet, so where he goes, whether it would be in England, Ireland or France, he’d be very hard to beat. He did start to settle a lot better last year and that reflected well on my dad’s decision to miss the Champion Hurdle the year before. However, he has never competed in open company. He was a novice hurdler and chaser but you’d like to think the current two milers are pretty exposed and he might have more potential.”

“He’s a little different. He’s a different shape to most jump horses. He’s quite tall, quite leggy with a long head and neck. It’s a unique shape and his performance suggest he’s a little different too. The best performance was over 2m5f at Cheltenham, where he wasn’t stopping, that has to give you a lot of hope that he’ll stay the Gold Cup trip. We’ll probably go for the King George and we’ll know more after that.” 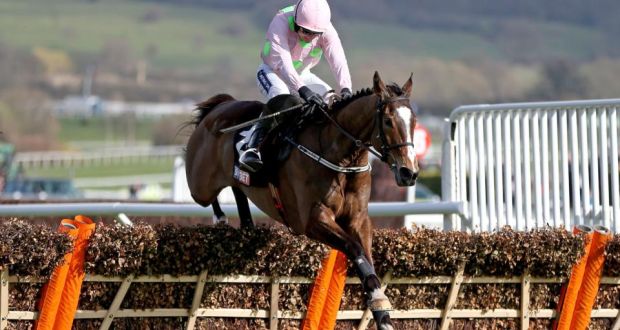 “He’s very fat the minute. We found it very hard to get him fit for the Hennessy last year. He could improve but he might not – Long Run didn’t. I just feel last year might have been his chance. If he wasn’t good enough last year, he might not be this year. Dad will work him backwards from March. Our Gold Cup horses will run less rather than more this year.”

Don Poli Cheltenham Target: Gold Cup
“I wouldn’t worry about his off day at Punchestown, he just had an off day. His performance in the RSA Chase was extraordinary. Down the back he was going nowhere and then suddenly he had the race won at the top of the hill. But then he pulls himself up and he looks like he’s beat before winning easily pricking his ears. I’ve never seen a horse toy with horses in a Grade One. Vautour was breath-taking but Don Poli just took the piss!

He can improve again. You also don’t have the question mark about whether he’ll stay or not.”