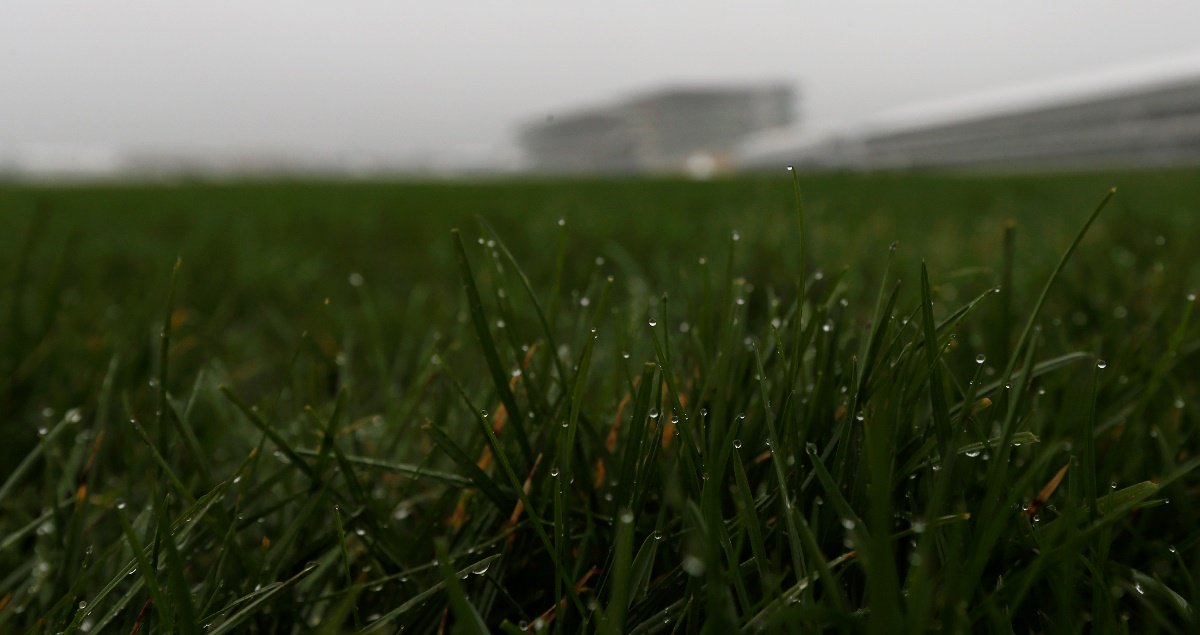 Its a busy looking Saturday and a beautiful crisp morning here, and with top class Flat and National Hunt action there’s plenty to get stuck into.

I’ll start with Ayr where their feature race of the season is the Scottish Grand National at 3:55.

The 1:40 is a decent novices handicap chase.

Label Des Obeaux and Beware the Bear ran okay at Cheltenham. Previously they had been in winning form and they could well return to form today.

Final Nudge though is a very consistent horse.

He was a decent novice hurdler and now a decent chaser with a great strike rate and has won 2 of his last 3.

He may well have won last time out if not for falling in the Midlands National – I’m guessing he runs in this because he didn’t get into the Scottish National.

The quicker ground is a slight question with him but I think he should be find on it.

Hopefully FINAL NUDGE gets punters off to a good start at a nice price of 10/1 today.

Only five runners go to post and one of these were due to run yesterday – It will be a tactical race with only a few runners.

Both Cloudy Dream and Flying Angel had tough runs last time out when filling the first two in a similar race at the Aintree festival.

I think their hard season could find them out today.

The one I like is the Paul Nicholls trained CLAN DES OBEAUX.

His 2nd to Whisper earlier in the season is top form and he has been aimed at this race for sometime.

He should take a fair bit of beating.

The 2:45 is the Grade 2 Scottish Champion Hurdle.

Given that it’s a handicap it gives the lesser rated horses a chance to win. L’ami Serge is the class horse in the race but he has to give away a lot of weight to the others.

Five year olds recently have had a good record in this and horses down the bottom of the weights usually win this and I think Mohaayed looks the part.

This former ex flat horse was having only his 4th run over hurdles when a close up 7th in the County Hurdle at Cheltenham. He wasn’t too far behind today’s favourite Winter Escape that day.

There is no change in the weights but this better ground will definitely suite Mohaayed – He’ll have learned a lot from that run and has the most potential in the field and at 13/2 looks a decent price.

I think Sceau Royal could be the danger.

He ran well when 6th in the Champion Hurdle and this is a drop in grade for him,  he has to carry a big weight but his jockey is claiming 10lb.

I’d rather side with MOHAAYED though and thats my selection.

The 3:20 is a decent looking handicap chase. Novices usually have a great record in this and the quartet of Double W’s, Yorkist, Romain De Senam and Mixboy look to be the ones to focus on.

Double W’s was impressive when winning at Aintree but Yorkist and Romain De Senam are weighted to reverse the form today.

Romain De Senam will love this more galloping track today and is weighted to reverse the form with both of those that finished ahead of him. Mixboy showed a good level of form earlier in the season but went off too fast at Cheltenham last time out.

He should go better today but I think he’ll set it up for ROMAIN DE SENAM who is a nice price at 8/1.

The Scottish Grand National at 3:55 is due to be run over 4 miles. Last years winner Vicente is in the field again today.

The main aim for him this season was the Aintree Grand National but he fell at the 1st fence then. Comes here looking to follow up on last years win but I think he’ll find it tougher this time round though, it looks a stronger race.

Couple of pointers for this race – Ideally you want a horse that has guaranteed stamina, is between 7yo and 9yo, while novices have a great record and Irish and French Breeds do best.

I’ve narrowed the 30 runner field to 5 by process of elimination. The one’s I like are Missed Approach, Arpege D’Alene, Southfield Royale and the Henderson duo of Premier Bond and Sugar Baron.

Missed Approach ran a very gallant race when 2nd in the 4 miler at Cheltenham last month. He led for most of the way then and is sure to make this a good test again.

The weight may well catch him out today but I would not rule out a place.

Arpege D’Alene was unlucky in that race and did well to get 4th in the end.

With a clear run I think he may have been a lot closer and his trainer won this race last year with a similar horse.

The jockey has chosen to ride this horse over his father’s horse which is a good sign. This horse stays well and the ground will suit – Arpege D’Alene could go close at 12/1.

Sugar Baron is a lightly raced horse but he ran a very nice race when 6th in the Kim Muir over 3 mile 2f at Cheltenham.

He was badly hampered with a circuit to go and flew home to be 6th. This galloping track with a really long run in is sure to suit this one.

Nico De Boinville picks Sugar Baron over the race favourite Premier Bond which is a sign in itself. This horse has to prove he stays this trip but he’s one at a big price of 16/1 that could spring a surprise.

His stablemate Premier Bond is also lightly raced and 5l in front of stablemate Sugar Baron at Cheltenham.

As we said though that one was unlucky in it’s run and should have been closer to Premier Bond. Sugar Baron is 1lb better off today and the stable jockey has chose it over Premier Bond.

I wouldn’t let that put you off Premier Bond though, he’s a fair sort in his own right but I just think Sugar Baron could be the stable’s main hope.

Southfield Royale is a talented horse but for different reason’s he’s proven a frustrating horse to follow.

He was 4th in the 4 miler behind Minella Rocco at Cheltenham last year which proves he stays. The form of that race has worked out tremendously well.

The winner and runner up were 2nd and 3rd in this years Cheltenham Gold Cup and the 5th won this race last year.

Since then though nothing has gone to plan. He had two poor runs but they were down to a breathing problem which he had fixed afterwards.

He was strongly fancied for the Kim Muir at Cheltenham and he travelled really well for a long ways but he fell at the top of the hill when still in contention.

Neil Mulholland could well have the best handicapped horse in the race on his hands. Could today be the day that everything clicks into place for this horse?

I for one think it can be. SOUTHFIELD ROYALE at 10/1  is my main selection for this race.

I think Arpege D’Alene will be his main danger and if I had to put up and outsider to run a big race it would be SUGAR BARON at 16/1.

MIDTERM looks a decent bet in the opening race for Ryan Moore at 9/4.

This horse was the long time favourite for the Derby last season but missed that race due to injury. This looks a great opening race for this one this season.

Dabyah will take some beating in this for Gosden and Dettori but the one I like is the Richard Hannon trained PROMISING.

Hannon has a great record in this race and this filly looked green last season. Should do better now.

The Group 3 Greenham Stakes at 3:05 sees the colts lay their claims on the line.

This looks a match between the Godolphin owned horses Dream Castle and Barney Roy. Dream Castle was impressive when winning on debut and the form of that race has worked out very well.

I think he’ll take this and he could well line up in the 2000 Guineas in May.

The ever consistent but frustrating DONNCHA looks a good each way bet in the 3:40 the Spring Cup.

This horse is rarely out of the frame and has promised to win one of these big handicaps sooner rather than later.

This horse could well end up Group Class by the end of the season if he get’s his act in order.