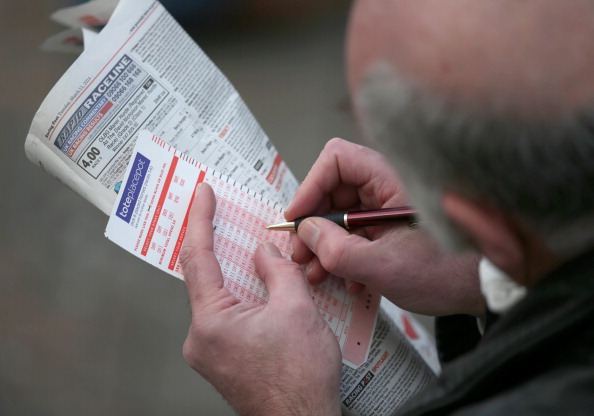 The main focus today is the Scottish Grand National at 4:10. There are some other decent races on the card too.

I’m going to take a look at those races and the Scottish Grand National and also post up a Lucky 15 for the day.

Bristol de Mai is sure to have its followers in this.

The horse has been a revelation this season over fences. He’s been one of the best novice chasers in the country. He won 3 races on the trot earlier in the season before running a gallant 2nd in the JLT Novice chase at the Cheltenham festival.

He only found Black Hercules too good that day and comes here with a decent chance.

The only doubt I have is that he has had a tough season. Some horses don’t run to form at the backend of the season.

Given that and the fact I’m going to side with a different horse. Something with a bit more value. That horse is Le Mercury. He’s been a decent horse ever since he joined Paul Nicholls from France.

He might not be top class but he has been bang there in most of the top novice races this season.

Given that Paul Nicholls needs as many winners as he can get to win the Trainers Title, he will be coming here guns blazing with this horse.

This horse didn’t run to good in the RSA at Cheltenham but the trip was too far and he wears first time blinkers today.

This race may come down to a battle between the Willie Mullins duo of Ivan Grozny and Clondaw Warrior. Willie can strengthen his grip on the trainer’s title courtesy of these two. The narrow vote going the way of Clondaw Warrior.

He’s the classiest of the two and has had a light campaign. He reached a smart level on the Flat last year, won at Royal Ascot and also placed in a group race.

He made an impressive return to hurdling at Fairyhouse over Easter and is primed for a big run in this Scottish Champion Hurdle.

Of the others I’d give a good chance to Connetable, who is trained by Paul Nicholls. Both of these trainers should be followed today due to the race for the trainers title.

Solar Impulse got back to his very best in first time blinkers when he was a decisive winner of the Grand Annual at Cheltenham 3 weeks ago. He travelled strongly throughout the race that day he deserves the 9lb higher mark given the way he won.

This is a drop in grade and he should have no problem in following up. Always on the Run is without a doubt the biggest danger to him.

The Scottish Grand National is run over 3 mile 7 furlongs. It’s usually a very open race and can prove tricky to find the winner of.

Generally you need a horse that carries less than 10 stone 10lb, Rated 132 to 140, who is aged between 7 and 9 and has won over 3 mile 2f or placed over 4 mile. Using the trends is a good way to narrow down the field. It’s worrying that Irish horse’s have not won this race since 1869 but they are well overdue. Horses that bypassed the Aintree Grand National for this race always do well too.

Taking all these trends and form into account, I’ve narrowed the race down to three horses that I like. They are Heathfield, Highland Lodge and Measureofmydreams. The Irish trained Heathfield is trained by the shrewd Tony Martin and owned by J P McManus. This race has been the aim for this horse all season.

He won over 1f shorter on heavy ground at last years Punchestown festival. He’ll have no stamina doubts and the soft ground here is sure to suit him. He hacked up over hurdles on his last start and it suggests he’s coming here in top form.

He has a very nice racing weight and I think he will go very close to winning given a clear round. The other Irish trained horse Measureofmydreams is an interesting runner. He has run with a lot of credit in novice chases this season.

His last run came in the 4 miler at the Cheltenham festival. He was a gallant 3rd that day and he proved that he stays this trip. He may be a bit inexperienced but I still think he has a great chance.

Being trained by Willie Mullins he will be trying his hardest to win this race. The other horse I like a lot is Highland Lodge. He won the Becher Chase over the big National fences earlier in the season. He has not run since and he has been clearly kept for this race.

The horse isn’t trained too far from Ayr and I think he’ll be fit and ready to do himself justice in this race. 20/1 is a nice each price for him too. Of the outsiders, Tour Des Champs is one that I think could go well. He’s 40/1 but he has a fair chance.

He was 3rd in this race a few seasons ago off a higher mark. A lot of the trends point his way and he’s one I can see running a big race. He has no stamina doubts.

In conclusion, I think Ireland can win this race for the first time in a very long time with Heathfield. He looks the standout horse in this field at the weights.