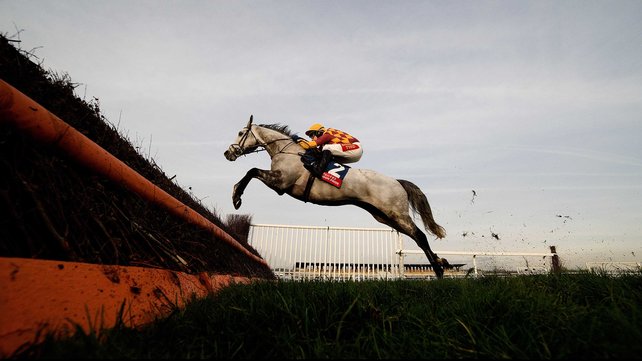 Somehow, racing fans have a full Saturday of action to look forward to, as Ffos Las, Sandown and Wetherby all beat the wet weather due to some fantastic work by the respective ground staffs. The going at all tracks is bordering on unracable though, therefore selecting horses that love a mud bath and slog looks the way to go. Lewis Jones thinks he has found two of that kind and is advising an each way double….

Fortune is likely to favour the brave mud larks today, but the ability to jump with mighty precision in the testing ground should also not be overlooked. One jumping mistake on ground this deep will make it hard for horses to make up ground.

When it comes to jumping, there are far better executioners of the discipline than Grand National hope Soll, who runs in the Betfred Masters Handicap Chase at Sandown and looks a very sassy each way shot around the 6/1 mark.

Although his long term hope will be the National in April, conditions and the track at Sandown look absolutely perfect for Jo Hughes’ classy sort to get involved in the finish.

The nine-year-old has shown why he was so highly regarded as a novice when with Willie Mullins with some spectacular jumping performances at Sandown’s notoriously difficult chase track.

He ran his rivals ragged at 7/2 last March when winning a small field handicap chase and then backed that up when finishing a good seventh in the Grand National on ground which would have been too quick for him.

A return to softer conditions brought about another improvement last time when jumping very well from the front again in a good handicap at Sandown. He finished fifth that day and has been dropped 1lb in the weights. He’s the one they all have to beat in my book.

Double Soll up with 20/1 shot Hunters Lodge in the Burns Pet Nutrition West Wales National (Handicap Chase). Although in the grip of the handicapper the 3m4f slog around Ffos Las won’t be the faint hearted and this horse is guaranteed to stay the trip right until the line. Under Sam Twiston-Davies he can run a huge race at even bigger price.

A one point each-way double is advised on the two, also a two point win for Soll and one point each way on Hunters Lodge. In total, six points to be staked. Good luck, comrades.