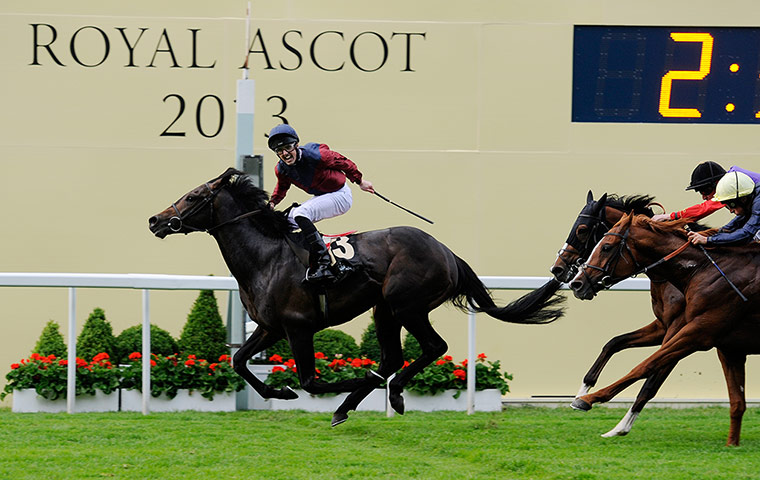 It’s a huge day for all horse racing punters today with the Scoop6 jackpot predicted to hit around the £7.5m mark. Not only that, there are some fantastic individual punting opportunities from Ascot, Lingfield and Haydock on the horizon. Tipster Lewis Jones gives us two each-way bets to follow….

Corr. What a day we have in store. On the menu is a £7.5m Scoop6 rollover, key Classic trials from Lingfield and a fantastic little card from Ascot to savour which should give us plenty of clues for Royal Ascot and unearth some potential stars of the flat.

The Oaks Trial from Lingfield looks a fascinating yet open contest with Casual Smile and Queen’s Prize looking likely candidates of turning into top-class middle distance fillies. I will be watching rather than betting on the race though as my punting day is based around the action at Ascot, where I’ve found two each-way bets that will hopefully yield a profit.

The Carey Group Buckhounds Stakes at 2:40 looks more open than the betting suggests with Pether’s Moon and Harris Tweed very beatable even at this level. To my eye this race looks ripe for an improver and the one that fits the bill is the Mick Channon-trained Elidor, who can be backed at 11/1.

Last year’s King George V Stakes at the Royal meeting has always looked a horse capable of mixing it around Group level and he looks to have strengthened up over the winner judging by his win last time out at Thirsk.

The four-year-old won the supposedly competitive handicap in fine style, travelling like the best horse in the race before being eased home by William Twiston-Davies. He needs to find a bit more improvement today to be in the money but the market has been positive form him this morning. Get on with two points each-way.

Double him up in a one point each-way double with Fashion Line in the Sodexo Fillies´ Handicap at 3:15. Michael Bell’s filly is without question better than her current mark of 88 on what we have seen from her this season and she has the ability to put it right up to the favourite Ribbons, who was perhaps a bit flattered by her latest showing behind Zurigha at Goodwood.