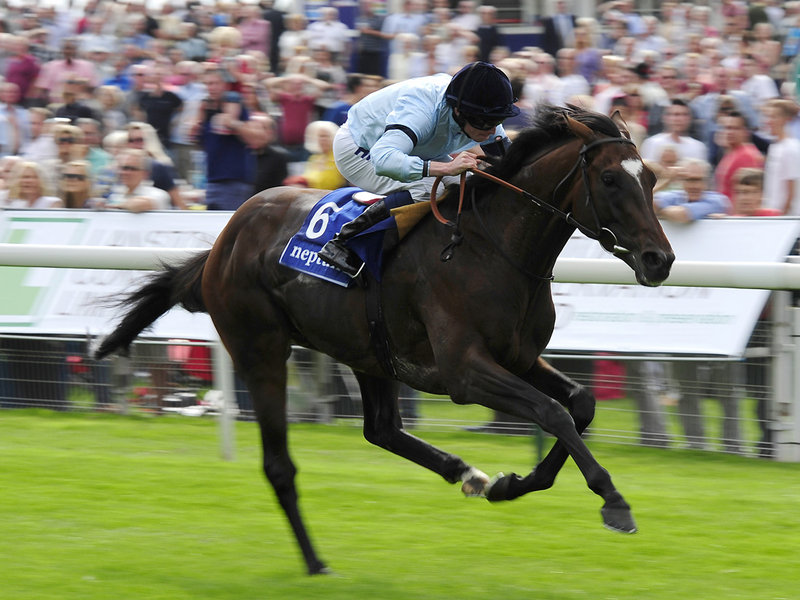 Lewis Jones is smarting this morning after a truly spectacular day of tipping at York on Friday. From just two tips, he nailed a 12/1 winner and a 33/1 second. But that only tells half the story as that 33/1 shot, Stepper Point, was done on the line in dramatic fashion. With his bank balance looking very healthy, let’s see where his lucky pin is dropping today….

Wow. What a 24 hours. It could have been an early retirement for me if Stepper Point had held on in the Nunthorpe but Sole Power’s turn of foot in the closing stages was devastating in so many ways. It was day that produced +33 point of profit, so we’ve flown through the +130 point of profit barrier. Let’s hope we continue providing the goods.

Today is the final day of the Ebor Festival with the Ebor itself taking centre stage. Ever since I saw Clever Cookie win at York earlier in the campaign, my first thought was Ebor and I haven’t changed that philosophy. I’ll be steaming into his chances today.

He looked very classy over hurdles, racking up a very impressive winning sequence, and made a spectacular transition to racing under Flat rules, coming from rear to win first three starts, including over 10.4f and 1m6f at York. All of those wins came on soft ground but he looks as though fast ground shouldn’t faze him as he’s strong travelling type and nothing much fazes him.

He was a bit unlucky in a falsely run race at York behind Farraj last time out but this means his mark of 106 is still very much workable. I think he’s a Group stayer in the making and he’ll need to win this to prove that he’s up to that class.

Get on his chances with a one point each way stake at 10/1.

My second bet of the day is Beacon in the Gimcrack Stakes at 3:15. This horse was given a really poor ride by Richard Hughes at Goodwood last time when well fancied to score but a return to six furlongs should work the oracle. He was very impressive when slamming a good field at Sandown and has all the criteria for a top class two-year-old sprinter.

His stablemate Baitha Alga is favoured more by the market but I’m not totally convinced that his Royal Ascot win was top notch form. Plus he has to give 3lbs to the selection. Get on with a two point win at 7/2.