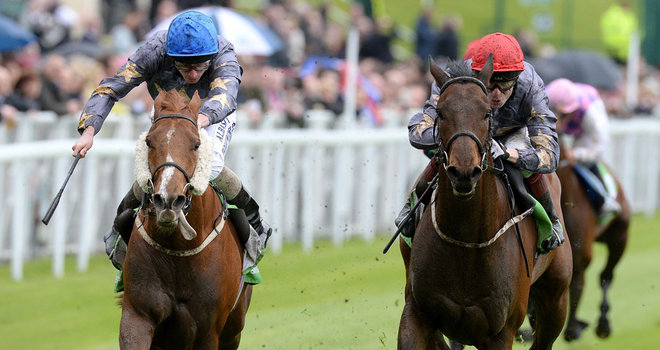 Northumberland Plate day is always a fascinating day of action with plenty of decent racing on show from around the country and in Ireland with the Irish Derby taking centre stage.

Australia will go off a very short price and undoubtedly win but you didn’t need me to tell you that.

However, our focus today must lie with the big race at Newcastle and as always it’s brought together a fascinating race. This year’s renewal is potentially easier to solve that previous years though with plenty of very well exposed handicappers running on ground which really shouldn’t suit.

It should pay to follow the form of the Chester Cup when searching for the winner today and I’m taking Angel Gabrial to reverse the form that day with Suegioo, who got the better of him thanks to an inspired Ryan Moore ride.

It was hard not be quite significantly taken that day by Angel Gabrial though, who quickened to the front in fine style from a bad draw but threw away his chance by hanging all over the track at Chester in the final 100 yards.

Jockey claimer George Challoner takes over from Jamie Spencer today which is a big positive and there should be plenty more to come from this horse on this type of ground.

The 8/1 on offer looks very fair and should be backed with three point each-way stakes.

The bet365 Criterion Stakes (Group 3) at Newmarket looks a race to target with all the markets leaders requiring a far softer surface to be at their absolute best.

Gregorian is the clear class-act in the race but he didn’t look in love with very fast conditions at Epsom last time out while Garswood is becoming very frustrating despite being talented and he’s hard to trust at a short price.

This leaves the door open for a bit of a shock, and although he’s a much better animal on soft ground Tawhid’s class may just see him run better than early quotes of 10/1 suggest. He ran much better than the result suggested on his comeback at Newbury, travelling like a dream before emptying pretty badly in the final stages.

However, that was his first run of the season and he looked like he needed it. If he travels with the same zest today, there may be more under the bonnet on his second start. He’s worth a one point win at 10/1.