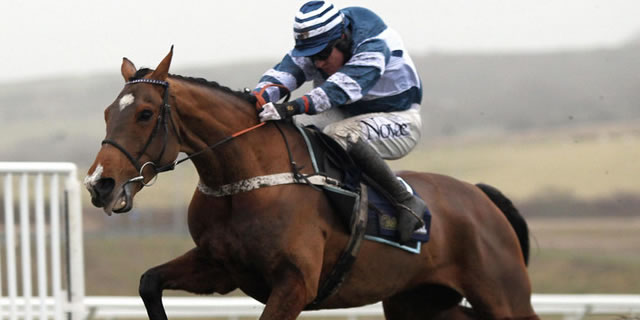 There was yet more bulky profit for followers of this column yesterday as tipster Lewis Jones advised maximum stakes (5pts) on the chances of The Young Master at Sedgefield.

As with a high percentage of his tips since this column was introduced, the selection duly landed the spoils and now the profits have hit +38.51.

There’s some tasty televised action today from Kempton and Warwick. Our eyes are very much focused on the rearranged Grade One williamhill.com Levy Board Tolworth Hurdle Novices´ Hurdle, which has been rerouted to Kempton after the abandonment of Sandown’s card last weekend.

The switch of tracks has made the contest a different race now with the track at Kempton far sharper than the stamina test of Sandown. You need a speedy sort at Kempton, who can travel well.

The last horse off the bridle at the Sunbury-on-Thames based track usually ends up the winner and with the ground easing up by the minute, we feel that the 6/1 about Garde La Victoire is just too big to ignore.

Phillip Hobbs’ young novice has caught our eye more than any other horse in that sphere this season and is very much on our radar for the Supreme Novices Hurdle at the Cheltenham Festival.

He gave a fair and square beating to Regal Encore at Aintree on his hurdling debut and improved to a higher level when accounting for another JP McManus-owned hot-pot, Gone Too Far, at Warwick.

That win by 11 lengths was achieved in a style of a Grade One performer as he jumped with real vigour and aggression whilst travelling like a horse that is set for some big prizes.

The reason for his over the top odds today is the fact that he lost his unbeaten run at Cheltenham last time out behind Ballyalton, but he only went down by a neck and lost little in defeat as the front two pulled well clear of their rivals in what was a very tactical race.

This is a step up today for the Hobbs runner but there seems little between favourite The Liquidator and the selection yet the odds suggest there is.

We would rather hammer into the 6/1 than play the favourite at 2/1 every day of the week. Therefore, we’re recommending a four point win on the chances of the selection.

Tonight will be a night to remember if this one does the business.