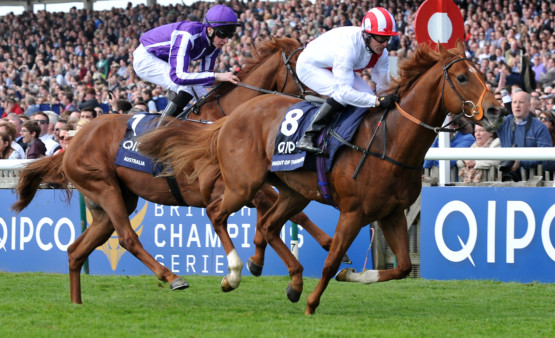 For me personally, the Coral Eclipse is one of the highlights of the season. It gives us punters a chance to try and assess the strength of this year’s Classic brigade at the top level and with both the 2000 Guineas winner and Derby runner-up due to run, this year’s edition looks an above average contest.

The market is revolved around the chances of recent Prince Of Wales’s Stakes winner The Fugue, who can be backed around the 7/4 mark for Sandown’s premier Group One contest.

This is a filly that finally everything went right for at Royal Ascot. The ground, the ride and the below-par running of hot favourite Treve all worked in John Gosden’s filly’s favour and she showed the world what she is capable of when at her peak. Can she back that up on a stiffer track, where the ground may have a bit of give in it judging by the outlook for Saturday morning?

I have my doubts and will be swerving the short price quotes for her chances.

My money will be siding with the chances of Night Of Thunder, who won the 2000 Guineas and finished behind Kingman in the St James’s Palace Stakes at Royal Ascot.

The Richard Hannon-trained colt has been crying out for a step up in trip ever since he won the Guineas and I was surprised to see him not given a Derby entry.

The Guineas run was all about stamina as he kept finding for pressure when his rivals were wilting and beating both Kingman and Australia was a very high-class effort. He was done for toe by Kingman when trying to make all at Royal Ascot and Richard Hughes didn’t give him a hard time once the race for first place was over.

He’ll be ridden with much more restraint at Sandown and a fast pace set by Mukadraham and Trading Leather should set the race up for a finisher. This three-year-old crop look a decent bunch and although we can’t be sure until the dye is cast, Night Of Thunder looks the bet here at 4/1.

Kingston Hill chased home Australia in the Derby but looks as though he needs soft ground to be seen at his best and this race may also have come a bit soon, while it’s hard to make a valid case for any of the others. Get on Night Of Thunder with a two point win stake.