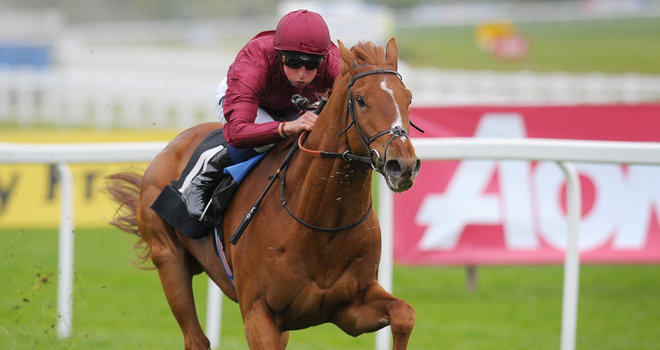 Lewis Jones has his eyes fixed firmly on the action at Ascot today where the King George VI and Queen Elizabeth Stakes takes centre stage. Our tipster has penned his thoughts on the race and is backing a John Gosden inmate, but not the obvious contender.

One million up for grabs along with the prestige that goes with it. There’s no wonder the King George V and Elizabeth Stakes pulls together the best in a mile and a quarter performers.

Although it doesn’t possess the razzmatazz and media attention that the Derby does, this race for three-year-olds plus usually produces a more all-rounded superstar than the challenge at Epsom presents.

This year’s renewal looks like a potential classic and is more open than the betting suggests.

Favourite Telescope has always threatened to be a machine when everything falls right and his day came in the Hardwicke Stakes at Royal Ascot, romping clear to thrash a high-class field.

He comes into this event as the market leader but his profile is inconsistent and this looks a better race than his last engagement. At. 7/4, I’m on the swerve. I’m also against Oaks winner Taghrooda.

The market support behind her has been phenomenal (8/1 into 11/4) but although being talented, three year olds need to be battle hardened to land this event. She just falls short on the aspect.

Magician may need faster ground to be seen at his absolute best and probably just falls short of this standard anyway. It’s hard to see him finishing out of the first four but there is a better value option, who has strong claims of victory.

Eagle Top left a huge impression in the King Edward VI Stakes at Royal Ascot when landing the contest in classy fashion. The form is pretty worthless but the ease at which he won makes him an attractive bet. You don’t see many winner of a Group Two saunter to the front on the bridle with the jockey having to take a pull with a furlong to run.

He comes into the race with improvement to come and hails from a a powerful yard in the form of John Gosden. The trainer also handles Taghrooda and there have been rumours doing the rounds that Eagle Top’s homework has impressed more than the filly in recent weeks.

At the prices and with the dead eight set to run, Eagle Top is begging to backed with each-way stakes. Get on the 9/2 with three point each-way stake size.