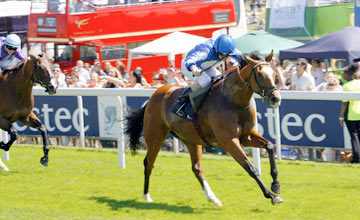 What a day is to be a racing fanatic. The flat is back and Doncaster hosts the first major meeting of the season with racing from Dubai also throwing up plenty of punting possibilities. The in-form Lewis Jones, who tipped up an 11/2 shot on Thursday, has one selection from Doncaster….

Today’s selection is without a question a cliff horse for me. I’ve been following him on his last seven starts and done my beans each time. After his final run of last season I had thought that I had followed him over the cliff and there was no going back.

That was the case until I went through the Spring Mile at Doncaster today and realised that the horse in question should be given one more chance to shine. We’re over the cliff now. This is without question his last chance.

Dance and Dance is well worth backing at William Hill Spring Mile.

The selection is so well handicapped on his old form it’s pretty incredible, and if he can’t win at Doncaster off this current mark – a track, which should suit his style of liking to come between horses – then he won’t win anywhere. He ran in this very race three years ago off a mark 3lbs higher than today and ran a huge race to finish second behind subsequent Listed winner Eton Forever.

But it’s his other performance at Doncaster which bodes very well for his chances today.

He beat the 99-rated Bridgefield with ease in a Conditions Stakes in 2012, however his form has dipped ever since and he’s dropped from being rated 110 to 90 after a few moderate runs.

Ed Vaughan’s star is nowhere near the force he was once but he’s shown on a couple of occasions that when everything falls right, he’s a horse to be treated with maximum respect in these big field handicaps.

The eight-year-old is very well in at the weights and ran a nice race on his comeback at Lingfield in January, where as always, he found trouble in running before powering home all too late in the day. The key to this horse is finding the right kind of rider to nurse him home and in Oisin Murphy we hopefully have a man up to the task. He’s a talented young rider who still can claim 3lbs.

This is Dance And Dance’s last chance. Get on with three point each way stakes at 9/1.