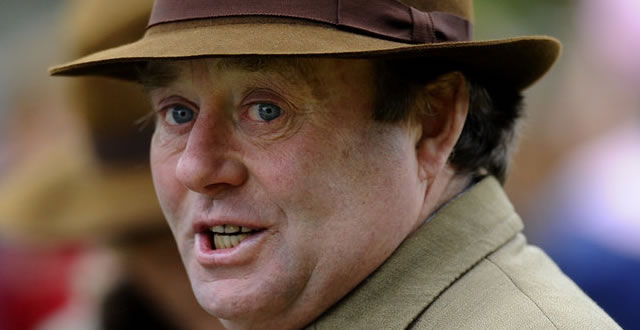 We’ve been looking forward to the seasonal debut of Minella Forfitness from the Nicky Henderson yard and although conditions at Ascot aren’t ideal for the well-handicapped selection, odds of 8/1 are just too juicy to ignore about a horse of his capabilities.

Always held in high regard at Seven Barrows, the Michael Buckley owned star took time to come to himself last season but the more experience he got under his belt the more he looked like a horse to be reckoned with. He looks a decent each-way poke in the Keltbray Holloway´s Hurdle (A Limited Handicap) (Grade 2).

After looking very leggy and gassy on his debut over hurdles behind the very talented Many Clouds, he bounced back after a break to rack up a sequence of three wins – two in novice hurdles and one against his elders at Aintree, which was a very impressive victory considering his inexperience and level of horse he was running against.

He scythed through the pack and arrived going powerfully three out. No doubt he got to the front plenty soon enough, however, and he took time to settle the issue as a result. But it was hard not to be impressed with the way he sauntered clear under Barry Geraghty that day.

That spectacular showing shouldn’t have come as a surprise though looking back as he had seen off both former Cheltenham Bumper winner Cheltenian and subsequent Arkle prospect Valdez in a very hot novice race at Doncaster.

If there was some doubts about his potential to reach the higher end of the hurdling spectrum, those were erased following his final run of the season at Sandown, where he ran a very game race to finish second behind Stopped Out off a mark of 144.

That race is working out very well as the winner has won over hurdles since and there is a strong argument to suggest that Minella Fortfitness was the best horse on the day as the winner got first run from the front and Henderson’s star ran a huge race to get within five lengths.

He has only been raised 1lb for that very respectable effort and we’ve been paying close attention to the entry forms all season in anticipation of a big run off a mark of 145.

A trip into heavy ground is a trip into the unknown and it’s easy to suggest he doesn’t strike as a type to go on it. But in a race that lacks strength in depth, he may not have to be at his best to play a part in the finish.

At 8/1 we’re more than happy to follow him with one point EW stake.