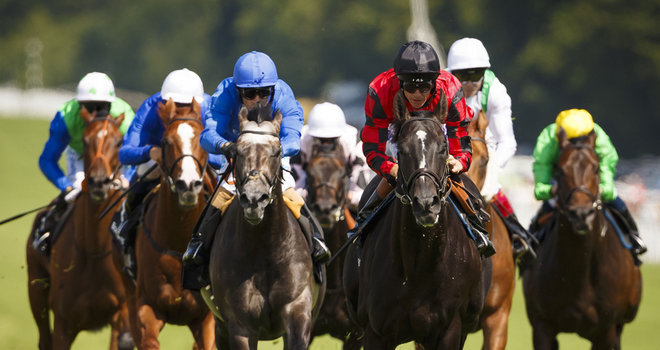 Oh, Big Baz. Yesterday’s tip traded odds-on in running and I was off the collect my winnings with a furlong and half to run yet the horse completely emptied in the closing stages and ended up finishing out of the place money too.

I was nearly reduced to tears, and I wish I was joking.

This losing run is going to be broken and hopefully today will be the day. I’m very keen to take on Olympic Glory in the feature JLT Lockinge Stakes at Newbury.

I’ll be getting stuck into him on the machine at odds-on as he’s an unbackable prospect at skinny odds on his first run of the season and on ground that may be verging on good-to-firm come race time.

Montiridge, the Richard Hannon second string, is a cracking each-way bet to take on the favourite with as long as all eight runners stand their ground.

The four-year-old will appreciate an ease in conditions following his highly eye-catching seasonal debut on bottomless ground in the Bet365 Mile behind Tullius.

He travelled imperiously well off the speed that day but couldn’t use his change of pace to maximum effect on that kind of ground.

At 7/1 with Bet365, he’s a fantastic each-way proposition. No fooling around here, four point each-way stakes are advised.

For those that aren’t aware of the Scoop6, the challenge is to select all SIX winners from SIX races during Saturday meetings.

A minimum stake of £2 is require per line and you can have more than one permutations by picking as many horses as you like per race but then obviously your stake will go up significantly. For example if you had two horses in each of the six races, your stake would be £2 x 2 x 2 x 2 x 2 x 2 x 2 = £128 outlay.

Looking at the races selected by Betfred, and this week’s should produce a winner, although there a couple of tricky handicaps at Thirsk to solve.

Here are the races that may change one of our lives: