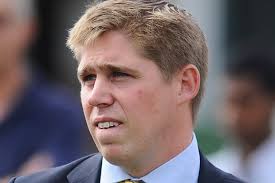 Lewis Jones, fresh from an incredible tipping week, is all over a 12/1 each-way shot at Haydock today, taking advantage of Paddy Power’s enhanced place terms….

I’m not really part of the bandwagon who drum on about there being too much racing, which is therefore restricting prize money, but it’s hard to argue with their points this Saturday.

There are SEVEN meetings from across UK and Ireland for bookmakers, punters and the media to try and keep on top of today. That is simply just too many. I’ve found it near impossible to plough through three of the cards let alone seven. Fair play to you if you have. You’ll probably be ahead of the game.

After pondering the action at Kempton, Nottingham and Haydock, I’ve come out the other side with one recommended wager. Forest Walker, who runs in the totescoop6 The Millionaire Maker Handicap Chase (Jockey Club Grassroots Series Final) at Haydock (3:15), has got my full attention today.

He can be backed at 12/1 with Paddy Power, who are the only firm paying the first five past the post. It looks a cracking each-way betting opportunity.

Trainer Harry Skelton has been a revelation on his first season training independently after leaving Paul Nicholls’ yard, racking up a very healthy 23% strike rate with his chasers.

One of the horses Skelton holds in the highest regard in his stable is the selection, who has proved a little bit disappointing so far this season but with the ground firming up today could be the day where he shows his true worth off a very winnable mark.

After impressing on his handicap debut in November at Uttoxeter he’s struggled to make his presence felt on heavy ground and showed at Kempton behind Ma Filleule that he doesn’t stay three miles.

There have been beacons of hope though, especially when he ran second behind subsequent winner and Aintree second Bennys Mist at Wincanton. Something was amiss was him last time out when he pulled up behind Buywise but excuses can made again as the ground was bog-like.

Despite running four times since his Uttoxeter win, he’s still only 9lbs higher in the weights and with the ground and trip in his favour, I’m more than happy to chance him around the 12/1 mark with five places behind paid. Get on with four point each-way stakes with Paddy Power, who are paying the first five past the post.