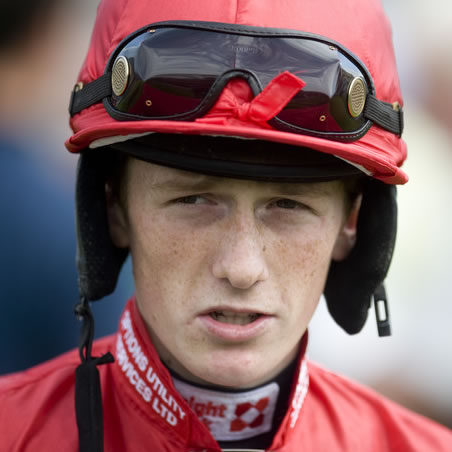 In our latest series of Cheltenham profiles, we pick out Sam Twiston Davies, who should have a big shout for Top Cheltenham Jockey at the 2014 Festival.

Style of Riding: Assured despite being inexperienced

One word to describe him: Fearless

Labelled as the heir to A P McCoy’s throne, the young rising star is one of the most naturally talented rider’s to be unleashed on the scene in the last decade.

Under the guidance of his father and mentor Nigel Twiston-Davies, young Sam has the racing world at his mercy and he’ll be entering the winners enclosure at the Cheltenham Festival on many occasions over the next ten years.

The New One’s victory in the Neptune Investment Novices Hurdle last season was memorable for many reasons for the Twiston-Davies family. Not only did they realise that they have a real top-class horse on their hands but it was a special moment for the family to celebrate Cheltenham success with Sam in the saddle.

The ride itself was a special effort and one that probably didn’t give the young jockey the praise he deserved.

The race was run at a crawl for a two mile and five furlongs event but Twiston-Davies never looked in a moment’s danger of getting swept up in the tactical nature of the high-class renewal.

Keeping The New One wide throughout and in sight of the leaders, was a clever ploy as the horse is famed for his electric turn of foot and willingness to perform his best when scything through a field.

After being given a real earful from his dad when riding the horse for stamina behind At Fishers Cross in his previous run, Sam, like any good sportsman, learnt from his mistake in emphatic fashion, sitting tight on the eventual winner until the perfect moment to unleash his sensational turn of foot.

Hitting the front on the run to the last The New One showed a turn of foot which will also serve him well in this year’s Champion Hurdle. He beat Rule of Law by four lengths with 4½ more back to Pont Alexandre, the form looks strong and young Sam rode the perfect race.

Although The New One’s Cheltenham Festival victory was Sam’s first as a professional, he already had one major success at Prestbury Park under his belt when he was an amateur courtesy of Baby Run’s victory in the 2010 Foxhunter’s Chase.

Having finished third in the race the previous year, he went two better by proving himself to be one the best hunter chasers around under a fine ride by the young jockey. Twiston-Davies thrives on horses like Baby Run, who need attacking at their fences from a prominent position.

The young jockey got the horse into a fantastic rhythm early on and he quickened very well from the front when rounding the home turn. His rivals never saw which way he went.

He made his first serious mistake at the last fence and became very tired on the run-in, but his nearest dangers were legless too and he managed to hold on.

Twiston-Davies has a natural ability to ping horses over fences with great confidence. As his stock rises, he’ll be the go to jockey for all the major chasing handicaps at the festival in the next few years.

Look no further than the horse that gave him his day in the sun last season. The New One has huge credentials for the Champion Hurdle.

He’s slick at his hurdles, travels like stag and has an electric turn of foot. Back him at 5/1.